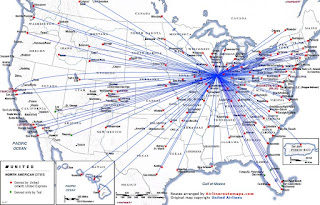 You’d think that when an airline makes a change to your itinerary, the change would make sense. But no! Sometimes it doesn’t.

Later this year, I’m making a quick trip from San Francisco to Tampa. My return flights were as follows:

But today, were told that the flights were automatically rescheduled by United. Apparently, the Tampa-Denver flight was canceled. Here’s what United put me on:

What type of crazy algorithm is that? Why did United’s automated system route me from Chicago to San Francisco via San Diego? That makes no sense.

A quick call to United straightened it out. The agent said, “Oh, no, that’s not good,” and quickly rebooked me onto:

I’m happy: This is an even better itinerary (later departure, earlier arrival) than my original flights via Denver. But what in the world was United thinking?