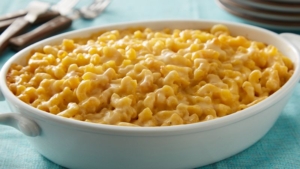 Blockchain and the cloud go together like organic macaroni and cheese. What’s the connection? Choosy shoppers would like to know that their organic food is tracked from farm to shelf, to make sure they’re getting what’s promised on the label. Blockchain provides an immutable ledger perfect for tracking cheese, for example, as it goes from dairy to cheesemaker to distributor to grocer.

Launched this month, Oracle Blockchain Cloud Service has the features that an enterprise needs to move from experimenting with blockchain to creating production applications. It addresses some of the biggest challenges facing developers and administrators, such as mastering the peer-to-peer protocols used to link blockchain servers, ensuring resiliency and high availability, and ensuring that security is solid. For example, developers previously had to code one-off integrations using complex APIs; Oracle’s Blockchain Cloud Service provides integration accelerators with sample templates and design patterns for many Oracle and third-party applications in the cloud and running on-premises in the data center.

Oracle Blockchain Cloud Service provides the kind of resilience, recoverability, security, and global reach that enterprises require before they’d trust their supply chain and customer experience to blockchain. With blockchain implemented as a managed cloud service, organizations also get a system that’s ready to be integrated with other enterprise applications, and where Oracle handles the back end to ensure availability and security.

Read more about this in my story for Forbes, “Oracle Helps You Put Blockchain Into Real-World Use With New Cloud Service.” 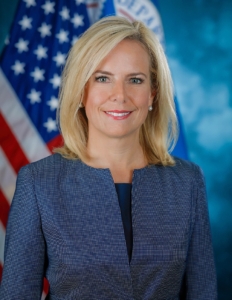 This is either a mistake or an clever attempt to evade anti-spam filters. There is no message body. I am inclined to believe it’s the latter, guessing that filters will look at the body of the message, not the subject line. Either way, the U.S. Homeland Security department doesn’t use email addresses in Italy for official business, or ask fund recipients to confirm their nearest airport.

Delete messages like this, after getting a good chuckle.

Subject: I’m Kirstjen Michele Nielsen, the new homeland secretary of U.S. Department of Homeland security appointed by President Donald Trump. Office Address:3801 Nebraska Ave NW, Washington, DC 20016, United States. I received a report that you have an unclaimed fund of US$5,000,000.00 (Five Million United State Dollar) in the West Africa. I have instructed ECOWAS and the concerned authorities to bring the consignment box containing your total fund to our Head office in Washington DC. The said fund will be here today. Therefore, you are expected to reconfirm your Full Name (as stated on your government issued photo ID), Home Address, Nearest Airport and your Direct Cell Phone # so that arrangement can be made for the delivery of the consignment to your home address.

If you saw the 2013 Sandra Bullock-George Clooney science-fiction movie Gravity, then you know about the silent but deadly damage that even a small object can do if it hits something like the Hubble telescope, a satellite, or even the International Space Station as it hurtles through space. If you didn’t see Gravity, a non-spoiler, one-word summary would be “disaster.” Given the thousands of satellites and pieces of man-made debris circling our planet, plus new, emerging threats from potentially hostile satellites, you don’t need to be a rocket scientist to know that it’s important to keep track of what’s around you up there.

It all starts with the basic physics of motion and managing the tens of thousands of data points associated with those objects, says Paul Graziani, CEO and cofounder of Analytical Graphics. The Exton, Pennsylvania-based software company develops four-dimensional software that analyzes and visualizes objects based on their physical location and their time and relative position to each other or to other known locations. AGI has leveraged its software models to build the ComSpOC – its Commercial Space Operations Center. ComSpOC is the first and only commercial Space Situational Awareness center, and since 2014 it has helped space agencies and satellite operators keep track of space objects, including satellites and spacecraft.

ComSpOC uses data from sensors that AGI owns around the globe, plus data from other organizations, to track objects in space. These sensors include optical telescopes, radar systems, and passive rf (radio frequency) sensors. “A telescope gathers reflections of sunlight that come off of objects in space,” Graziani says. “And a radar broadcasts radio signals that reflect off of those objects and then times how long it takes for those signals to get back to the antenna.”

The combination of these measurements helps pinpoint the position of each object. The optical measurements of the telescopes provide directional accuracy, while the time measurements of the radar systems provide the distance of that object from the surface of the Earth. Passive rf sensors, meanwhile, use communications antennas that receive the broadcast information from operational satellites to measure satellite position and velocity.

Read more in my story for Forbes, “How Satellites Avoid Attacks And Space Junk While Circling The Earth.”