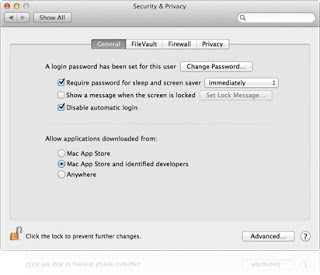 For a while, mobile devices were expanding to become more like desktop computers. They gained real web browsers, full-featured email clients, installable applications, oodles of functionality. The pendulum has turned, and now desktops/notebooks are constricting to become more like mobile devices. This is not good news.
The most common examples, of course, are the Windows Phone-inspired Metro user experience for the forthcoming Windows 8, and the App Store and Launchpad in Mac OS X 10.7 Lion.
The next version of Apple’s desktop/notebook operating system, OS X 10.8 Mountain Lion (the “Mac” part of the name is being dropped) takes the metaphor a step farther. I’m referring to a security feature called Gatekeeper. In its initial incarnation, at least, Gatekeeper will be optional. But what about OS X 10.9, I wonder?
Let’s back up a step. Unless you jailbreak your iPhone or iPad, you may only install apps that have been vetted by Apple and which are carried in its App Store. The only exception is that developers can – after juggling certificates – install their own test software on their own devices.
End users accept that smartphones are walled gardens. You buy it, but the device is controlled by hardware manufacturer, operating system maker and carrier. By contrast, desktops/notebooks are generally 100% yours. You can do anything to them you want: swap operating systems, modify the internals, and install any software your little heart desires.
This is changing. And the change isn’t only from Apple.
With Gatekeeper on OS X 10.8, says Apple, “The safest place to find apps for your Mac is the Mac App Store. That’s because the developers who create them are known to Apple, and the apps are carefully reviewed before they’re accepted in the store. If there’s ever a problem with an app, Apple removes it.”
Yup. Apple can uninstall applications from your Mountain Lion-based system.
In this version of the platform, you are given three choices about installing downloaded applications: To tell your system to only install apps from the Mac App Store; to let software come from the Mac App Store or from developers that Apple has approved; or from anywhere.
There are no guarantees that the third option will remain in future version of the platform.
Now, this isn’t only about Apple, and in fact, I wouldn’t be surprised to find similar functionality appear in Windows 8 or its immediate successor. But even so, Microsoft is looking to restrict the bootloader on forthcoming ARM-based Windows notebooks to block users from installing other operating systems. As Ars Technica reports, “All Windows 8 systems that meet Microsoft’s certification requirements must use UEFI firmware with Secure Boot enabled.”
Android, iOS and Windows Phone smartphones are walled gardens controlled by vendors. The MacBook Air and Windows 8 notebooks are going the same way.
Z Trek Copyright (c) Alan Zeichick
February 24, 2012
https://alanzeichick.com/wp-content/uploads/security_settings.jpg 275 320 Alan Zeichick https://alanzeichick.com/wp-content/uploads/alan-zeichick-logo.png Alan Zeichick2012-02-24 16:35:002013-09-26 05:38:51Why my MacBook Air is turning into a giant iPad 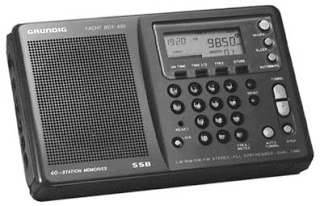 What’s the traffic like? No, not on the notoriously backlogged US-101 cutting through Silicon Valley, not on Route 128 around Boston, not even “The Four Oh Five” in Los Angeles. I mean the traffic through your office’s Internet connection.
A friend of mine who administers a mid-size business network says the lion’s share of traffic across his broadband connection is Spotify. “It was the highest packet TX/RX set on the WAN, by a very large margin,” he wrote to me.
We laughed about this, and about how the world changed.
In the 1970s, if employees were allowed to listen to music in their offices and cubicles, it was probably on a transistor radio. In the 1980s, it was a Walkman cassette player, and later on, a CD player. Of course, starting in the early 2000s, everyone listened to an iPod or another music player through those ubiquitous ear buds.
Today, workers listen to streaming packets across the Internet. Perhaps it’s music over Spotify or Pandora. Perhaps it’s an Internet radio station offering some classic rock or talk shows. Nearly every broadcast radio station, of course, promotes streaming services, often specifically targeting business workers in their cubicles.
The irony, of course, is that sometimes those workers are streaming Beatles, Black Eyed Peas, Björk or Bieber packets from the very same radio stations whose signals are permeating their offices. In fact, the audio fidelity is usually higher on that old-fashioned transistor radio.
That’s why in my own office, I don’t stream music over the Internet. What’s playing is my own music library (ripped from CDs and stored in iTunes) or a local FM station using a 15-year-old Grundig YB-400 receiver.
Of course, not all offices are near good radio stations. Radio signals don’t always penetrate the bowels of modern concrete-and-steel buildings. I’m not condemning the use of Internet radio, Spotify or Pandora, per se — but I am concerned about the bandwidth they consume. When those services’ high-QoS packets dominate our business networks and Internet connections, we should pay attention to this trend.
What does streaming media mean from a developer perspective? If you are building a streaming media service, please please please make sure that your service is not wasteful of bandwidth. A single user’s bandwidth impact is trivial. Dozens or hundreds of users are not trivial.
Be a good citizen by build good caching into your player apps, so that you can lower the required QoS on your packet headers. Perhaps even offer the option to adjust audio bitrate and compression (“CD level” vs “FM Quality”) so that long-term streamers can reduce the network load.
Does your organization have a problem with streaming media consuming too much bandwidth? Do you have HR policies that prohibit their use, or firewall policies that shut them down? Tell me what you think.
Z Trek Copyright (c) Alan Zeichick
February 10, 2012
https://alanzeichick.com/wp-content/uploads/gryb400.jpg 206 320 Alan Zeichick https://alanzeichick.com/wp-content/uploads/alan-zeichick-logo.png Alan Zeichick2012-02-10 00:09:002013-09-26 05:38:52Radio moves from analog waveforms to digital packets

Hard to believe it’s been 15 years since “Men in Black” appeared in theatres. The movie is one of my favorites, and a wonderful scene is when an Army officer observes that in its recruiting efforts, the Men in Black is looking for “the best of the best of the best.”
The editors of SD Times aren’t charged with monitoring extraterrestrial activity on Earth. Sure, our reporters always wear cool sunglasses, but they aren’t issued neuralizers. Bummer. Rather, our current mission is to choose the best of the best of the best in the software development industry – the top leaders and innovators.
It’s time again for reader nominations for the SD Times 100, when we recognize the companies, organizations and open-source projects that truly make a difference in our industry. Reader nominations will be open through March 30. You can fill in the nomination form here.
Who are the leaders and innovators? They lead, and the industry follows. They create new technologies. They solve problems in interesting and novel ways. They write great software, they develop methodologies, they create platforms, they release tools.
Leaders and innovators matter. People talk about them. People want to try their tools, technology and services. People try to emulate them. People want to partner with them, or become compatible with them. People worry about competing against them.
If the only people using an open-source project are the contributors to that project, it’s not a leader, at least, not yet. If the only people talking about a company are its employees, it’s not a leader. If nobody is following the organization’s work, it’s not a leader.
The SD Times 100 are decided by the editors of SD Times, but we want to hear from you, our readers. Tell us who you follow. Which projects you believe in. Where you see innovation. Where you see the best. Of the best. Of the best.
Oh, and if you see an unlicensed cephalopoid, remember to never sell it a reverberating carbonizer with mutate capacity. Agent Kay says “thanks.”
Z Trek Copyright (c) Alan Zeichick
February 3, 2012
https://alanzeichick.com/wp-content/uploads/alan-zeichick-logo.png 0 0 Alan Zeichick https://alanzeichick.com/wp-content/uploads/alan-zeichick-logo.png Alan Zeichick2012-02-03 20:38:002013-09-26 05:38:52Looking for the best of the best of the best