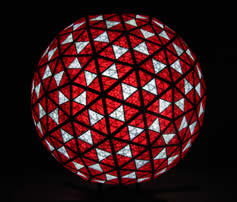 In the past 12 months, we’ve seen a lot of change – some good, some bad. The global economic meltdown, top of mind for so many people, is squarely in the “bad” category.

Across the board, and across the world, jobs are in peril, due to business closings, downsizing, cutbacks, hiring freezes and salary freezes. I hope that all of you have jobs and homes – and that you’re able to keep them in the New Year.

To some people, of course, employment is only one concern. Conflicts in Iraq, Afghanistan, the Middle East, Darfur and elsewhere take precious lives. The human losses are terrible. I hope that you and your family are safe, and can stay safe, in the year to come.

Despite the bad news of 2008, perhaps there is good news on the horizon. New governments might bring new ways of thinking, and new solutions to past difficulties. The global recession is predicted to ease in 2009, and with the return of growth will come new opportunities for personal and professional success.

May the new year be a good year, a year of peace. 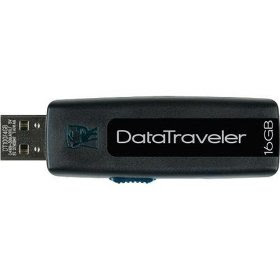 Moore’s Law talks about transistor density doubling every 18-24 months. How about every five months — or less?

What’s more, the 16GB version of the DT100 Data Traveler sells for $29.11 — essentially the same price I paid for half the capacity five months ago. 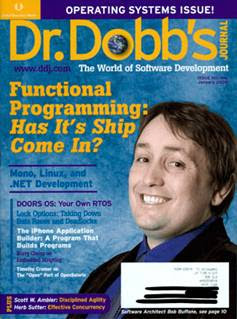 TechWeb — a division of United Business Media — has long used InformationWeek as the dumping ground for its dead magazines. For example, in July 2007, the company shut down its Network Computing and Optimize publications, and folded some of their content (and branding) into InformationWeek.

Why publish a January issue, instead of ending in December? Many publishing companies account for a magazine in the month prior to its cover date, because that’s when it’s printed. Thus, the January 2009 issue of Dr. Dobb’s Journal would be accounted for in December 2008, and the magazine group would hit its budget for 2008.

Why would TechWeb pull the plug on Dr. Dobb’s, and fold it into InformationWeek — a magazine that serves a very different audience? Because it saves money. By taking Dr. Dobb’s 120,000-odd subscribers and folding them into InformationWeek, TechWeb doesn’t have to spend the money to develop InformationWeek’s own subscribers. That could save TechWeb up to $600,000 in 2009, according to some back-of-the-envelope calculations.

The big losers will be the readers of Dr. Dobb’s Journal, and of course, its advertisers.

Dr. Dobb’s readers will find their beloved magazine to be an occasional “section” of a magazine that they presumably didn’t receive already. (We know this because if many of DDJ subscribers already subscribed to InformationWeek, the economic model wouldn’t work for TechWeb.) As far as the readers are concerned, even though InformationWeek will start showing up in their mailbox, their programming magazine is gone.

Dr. Dobb’s advertisers will be encouraged to move to the more-expensive InformationWeek, probably with some juicy transition-period discounts. However, InformationWeek’s audience isn’t the right target for any software tools company seeking to reach the hard-core programmers that eagerly read the Dr. Dobb’s Journal every month — and kept renewing year after year.

>> Update: As expected, Dr. Dobb’s Journal was shut down, with the February 2009 issue was the last one. I was caught by surprise by the extra month; TechWeb must have had some big ads booked in February whose revenue they wanted to capture.

See “The Shoe Heard Round the World” in today’s New York Times, written by John Kenney.

You can read the full news release here. 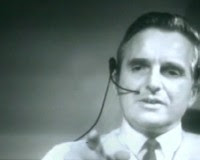 Earlier this week was the 40th anniversary of Doug Engelbart‘s “Mother of All Demos,” which is described as:

It was the world debut of personal and interactive computing: for the first time, the public saw a computer mouse, which controlled a networked computer system to demonstrate hypertext linking, real-time text editing, multiple windows with flexible view control, cathode display tubes, and shared-screen teleconferencing.

There was a celebration of this important anniversary last Monday and Tuesday at Stanford down in Palo Alto. I had planned to attend, but sadly, business travel conspired to keep me away.

If you’re interested in such things, here are some resources:

• A poor-resolution video of the original 1968 demonstration, which plays reliably

• A higher-resolution video, but which doesn’t seem to play reliably

I’m sorry that I missed the event — it would have been wonderful to meet Dr. Engelbart, who was there. Even so, it’s great that these resources are on the Web. 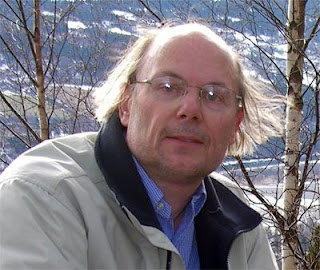 When Bjarne Stroustrup talks, we listen — and when Bjarne decries the training of software developers in our colleges and universities, we need to do something about it.

Bjarne, of course, is the designer of C++. After working for 24 years at Bell Labs, he became a professor of computer science at Texas A&M University in 2002. Bjarne was interviewed earlier this week by James Maguire for Datamation, on the topic of computer science education. (You can read the entire story here.)

In the interview, Bjarne describes some of the problems:

Take a simple example: A friend of mine looked at the final projects of a class of third-year CS students from a famous university. Essentially all had their code littered with “magic constants.” They had never been taught that was bad style — in fact they had never been taught about programming style because the department “taught computer science; not programming.” That is, programming was seen as a lowly skill that students either did not need or could easily pick up on their own.

I have seen the result of that attitude in new graduate students: It is rare that anyone thinks about the structure of their code or the implications for scaling and maintenance — those are not academic subjects. Students are taught good practical and essential topics, such as algorithms, data structures, machine architecture, programming languages, and “systems,” but only rarely do they “connect the dots” to see how it all fits together in a maintainable program.

Bjarne believes that, “few students see code as anything but a disposable entity needed to complete the next project and get good grades. Much of the emphasis in teaching encourages that view.” Ouch!

Programming is part of software development. It doesn’t matter how fancy your code is unless it solves the right problem and you can explain it to others. So, brush up on your communication skills. Learn to listen, to ask good questions, to write clearly, and to present clearly. Serious programming is a team sport, brush up on your social skills. The sloppy fat geek computer genius semi-buried in a pile of pizza boxes and cola cans is a mythical creature, best buried deep, never to be seen again.

Do you think computer science departments do a good job of teaching software development?

Here’s an open letter to Amazon.com (and Wired Magazine) from Ted Bahr, the “B” of BZ Media.

I don’t blame him for being annoyed! Each month, I receive many magazines that I didn’t sign up for, many of which come because I’m an American Express cardholder. They go right into the recycle bin.

Even though I never asked for those publications, and never read them, those publications get to claim me as a reader! That’s unfair to the advertisers, who are paying the publisher to reach me. And it’s very un-green.

I just placed an order for a LaCie Hard Drive. The order includes a “free subscription to Wired Magazine”. You did not ask me if I wanted that. You did not offer me an option to OPT OUT of this offer. How green is that? I have zero interest in reading Wired and will throw away every issue while they deceive their advertisers with lies about their circulation (ie counting me as a reader when I am not)

Please REMOVE my “free subscription to Wired” and give people an option to OPT – OUT ! This is an outrageous intrusion and totally uncool environmentally. 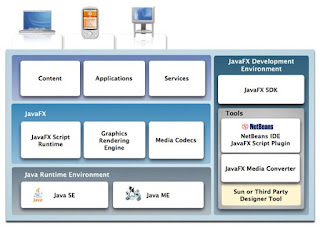 Sun’s JavaFX is here. It was announced at the JavaOne conference – in 2007. Sun began delivering early bits of its rich Internet application software this summer. As I wrote about last May, Sun is talking big about having a common display platform for “all the screens of your life,” that is, desktops, notebooks and mobile devices.

It’s a good plan, and Sun has delivered on the first part this week, offering JavaFX 1.0 for Windows and Mac desktops. But what’s missing, beyond the mobile code (which is due next year) is any originality.

Beyond plug-ins for NetBeans, I haven’t seen Sun articulate any clear advantage for JavaFX 1.0 over the mature offerings from Adobe and Microsoft.

It’s a competitor without a message.

That’s not necessarily bad: Adobe must not be allowed to dominate the market without a fight, and there’s no way that Sun could watch Microsoft enter the market without offering its own platform. (It’s disappointing that Sun is offering an Eclipse plug-in for JavaFX developers, but isn’t offering one for Visual Studio.)

In fairness, I believe that Sun’s JavaFX plans were hatched totally independently of Microsoft’s Silverlight plans. Sun’s prizes are mobile devices, where its other technologies already have an edge, and which represent the biggest licensing opportunity. Frankly, I’m surprised that Sun didn’t focus on delivering mobile code first, leaving the desktop for later.

However, while Sun’s entry isn’t necessarily bad, it’s not necessarily good either. Without articulating a clear vision for JavaFX, or demonstrating why JavaFX solves problems that its competitors can’t, I don’t see why any but the most Sun-centric developers would target it.

Within the past hour, I’ve fielded two off-target PR pitches, thanks to an “alert” sent out by PRSourceCode, a public relations directory service. PRSourceCode describes itself as

PRSourceCode is your partner in the PR business. Our services enhance the efficiency of PR operations — increasing hit rates, volume of generated “ink,” speaker placements, and award wins.

I love that one of the public relations professionals actually forwarded the PRSourceCode “alert” to me, along with a pitch for me to cover her client.

• The information from PRSourceCode was wrong.
• I’m not the editorial contact for that publication.

In one case, the PR person was someone that I know well from a small agency, and he couched his message with the words, “I know that this is probably wrong,” so I’ll give him a pass.

In the other case — the one where I was forwarded the PRSourceCode “alert” as part of the pitch — the person was someone that I emailed with only once before, in 2007, and who works for a major PR agency, Schwartz Communications.

My responses to both of them consisted mainly of a link to a previous missive about public relations directories, Bacon’s = Bad, MediaMap = Bad.

PS: I’d love to become an “industry accolade professional.” Where do I sign up?

>> Update 3/4/2009: Another misdirected editorial-calendar pitch to me based on a media directory. What’s noteworthy this time is that the PR person says that the MediaMap directory listed a specific editor (not me this time) as the contact for the story. However, that particular senior editor has never been given out by SD Times as an editorial contact for any story, so I don’t know where MediaMap gets its bogus information from. In any case, the PR person decided to come to me instead. I referred her to SD Times’ editorial calendar, which lists the appropriate contact.