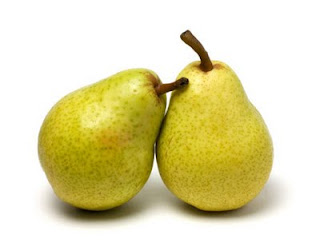 It’s great to get out of the office and go to conferences, learn new stuff and blow the cobwebs away. And it’s even better to do it with a friend.

About two or three times a year, I get the opportunity to attend a professional conference or convention. I’m not talking about those events that my company produces (like AnDevCon, coming up Mar. 7-9), or those which I cover as a journalist. Rather, I mean conferences when I’m an attendee – taking the classes and workshops, schmoozing with the faculty, grabbing a drink with friends, relaxing at an after-hours party, going to bed too late at night, and picking it up too early the next morning.

If the conference or convention doesn’t suck, I come back refreshed. Plus, I come back with lots of notes from sessions and conversation that result in thoughtful analysis, meetings and action items. Because of my role as the “Z” of BZ Media, often what I learn at professional conferences (both formally and informally) impacts the direction of our company, both at the tactical and strategic level.

Want an example? My work at BZ Media straddles the twin words of software development (we publish SD Times, and most of our readers are enterprise software developers) but also media. After all, we’re a magazine/website publisher and event producer, and the fundamentals of publishing and conference management are what we live with every day.

So, while I learn about trends in the subject matter we cover at events like Microsoft TechEd, Apple WWDC or Google I/O, I learn about trends in the publishing industry at events like the excellent Niche Magazine Conference, which was held Feb. 14-15 in Austin, Tex. (In fact, I taught a class there, and also moderated a roundtable on mobile devices like phones and tablets.)

What’s cool at the Niche Magazine Conference (and others like it) is comparing and contrasting what we do at SD Times with, say, a monthly magazine for home aquarium enthusiasts. Or a quarterly journal about expensive pens and hand-crafted writing paper. Or the regional business magazine for Bozeman, Montana. Or a healthcare professional’s magazine.

We have much in common, SD Times and Cheese Market News, the weekly newspaper of the nation’s cheese and dairy/deli business. Not the content, of course, or the specific advertisers that support the magazine – but just about everything else.

But what was missing is that this year, I attended the Niche Magazine Conference by myself. That’s fine – I met lots of people, and took lots of notes. But last time I attended, it was with a colleague. The result was exponentially more learning learning and better action items.

When you go to a conference with someone, sometimes you both attend the same parts, like a keynote or a general session. Magic happens when you get together at a quiet minute to compare notes. You heard that? That’s not how I interpreted that data. How can we use this? What do we do next? Got it!

Of course, you mustn’t always stick together. Whenever possible, divide and conquer. Breakouts mean breaking up, so you can cover twice the subject matter – and then get together later to compare notes. It’s astonishing how much more knowledge appears when you explain the high points of a class to a colleague, or even a room full of colleagues.

At social events, like parties or meals, resist the temptation to hang out together. That’s a value-subtractor, not a value-adder. You’ve got split up, and talk to new people. That’s the whole point.

Pair conferencing – going to a conference or convention with a colleague, sharing experiences. It’s much more than twice as good as going yourself. If you’re getting out of the office, go with a friend. 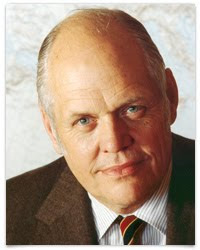 I never spent any time with towering figure behind Digital Equipment Corp., but I remember seeing Ken Olsen speak on several occasions. Sadly, the details of those talks are vague. But certainly the story of Kenneth H. Olsen, who died on Sunday, Feb. 6, at age 84, is the story of the pre-PC computer industry.

Olsen founded Digital Equipment Corp. in 1957 with $70,000 in seed money. From there, he turned it into one of the powerhouses of the computing industry. He took on International Business Machines on many fronts, and pummeled other minicomputer makers like Data General, Prime, Wang and others that circled around mighty IBM in the 1970s.

DEC’s computers were brilliant. While most of my own early computing career was centered on IBM 370-series mainframes, I also had access to smaller systems, such as DEC’s 16-bit PDP-11 and 32-bit VAX systems, for projects that focused more on scientific and mathematical computation instead of data processing. But even on the mainframe, I was as apt to access the system with a DECwriter II printing terminal as an IBM 3278 display terminal. I loved those old DECwriters.

And of course, anyone who worked in computing during that era has read Tracy Kidder’s “The Soul of a New Machine,” which chronicled attempts by Data General engineers to build a computer to compete against DEC’s mighty VAX. If you haven’t read it, you should, to get a flavor of that wonderful era of glass-house innovation.

Ken Olsen left DEC in 1992 – nearly 20 years ago – amid the company’s faltering fortunes. Despite its advances with RISC chips like the Alpha, DEC was already turning into a living fossil. The company’s demise came only a few years later, when Compaq purchased DEC in 1998. The minicomputer era was officially over.

We owe Kenneth H. Olsen a tremendous debt for creating Digital Equipment Corp., one of the greatest innovators in the high-tech industry. 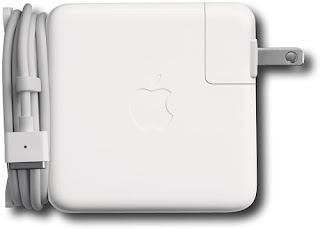 There’s one category of problems that MacGyver can’t solve: Epic failures caused by my own epic stupidity. The most recent example wasted time, wasted money – and demonstrated that software problems aren’t necessarily software problems. Let my sad story serve as a cautionary tale for other Super-Geeks.

Until recently, my everyday computer was an Apple 15” MacBook Pro (Mid 2007). However, starting last summer, it began driving me crazy with frequent pauses (like it would ignore all keyboard and mouse input for a few seconds), occasional hard crashes, and lots of spinning beachballs that seized up the whole computer for several minutes at a time.

System diagnostics didn’t show anything. Swapping out the memory didn’t help. After one particularly nasty day of constant beachballs last fall, I purchased a new hard drive, installed a clean copy of the operating system and restored my backed-up data. Nope. Didn’t help either.

With the constant pauses and beachballs affecting both my productivity and my sanity, the only conclusion was that the computer was doomed. Yes, I was forced to buy a new 13” MacBook Air. That was back in November, after the sexy new models came out. (As you might guess, I wasn’t too upset by this.)

Meanwhile, since the MacBook Pro still kinda sorta worked, I relegated it to a side table next to my desk. It found new life as a second machine – even with its little pauses, beachballs and occasional crashes, it’s a fast computer with a big display, ideal for running Parallels and doing other assorted tasks.

Last week, however, it was driving me crazy again. One day after school, I shared my frustration with my teenage son. As he watched it pause and beachball, he asked, “Maybe it’s the power supply?”

Come to think of it, the MacBook Pro never paused, beachballed or crashed when I was traveling or running on batteries. It only misbehaved in my office. With the too-small power supply. Yup. There we go.

We swapped the power supplies, and you know, the MacBook Pro runs like a champ. It’s like a brand-new computer. Not a pause, not a beachball, not a crash.

Don’t I feel stupid. I’m mildly annoyed at Apple, who made its incompatible power supplies look identical and use the same plug. You’d think the machine would notice that it was being fed by 16.5 volts, 3.65 amps instead of 18.5 volts, 4.6 amps — and would pop up an error message saying, “Wrong power supply, you dummy.” It doesn’t. But let’s be honest, there’s nobody here to blame but myself.

The temporarily humbled Super-Geek offers two morals to this story.

First: When you’re debugging problems with your systems – even if they look like software problems – it may be the hardware. In fact, it may be hardware that isn’t computational hardware. I’ve seen systems have intermittent issues caused by dirty cooling fans, or dust on the motherboard. It’s amazing what a blast of compressed air can do for solving hardware issues. And of course, power supplies are notorious for causing intermittent problems. I truly should have thought of this myself.

Second: When you’re stymied by a tech problem, try demonstrating it to someone else. By looking at the issue with fresh eyes, they might instantly produce an answer that you’ll never find.

And yes, my son did me proud. 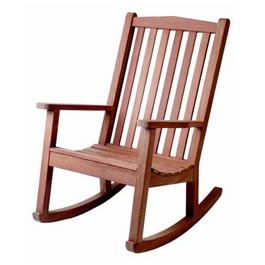 On January 27, Microsoft released its latest quarterly financial reports, showing that its net income was US$6.6 billion – more than 10% above analyst estimates. Total quarterly revenue was $19.95 billion, compared to analyst estimates of $19.2 billion. This represented significant growth from the same quarter a year earlier.

When listening to the financial news that morning on radio station WCBS in New York, a Wall Street analyst described the House that Gates Built as “stodgy old Microsoft.”

The analyst (I was driving, and didn’t catch his name) went on to say that much of the profit increase can be attributed to the Kinect, an add-on to the Xbox game system – a major shift, he said, from the company’s overwhelmingly enterprise-oriented business model.

What a change that is. A couple of decades ago, analysts – myself included – said that Microsoft’s weakness was that it didn’t know how to play in the enterprise market, which was dominated by IBM.

In fact, not long ago, Microsoft was a red-hot, innovative technology company that was going to take over the world. Stodgy meant IBM.

How times change. Microsoft isn’t seen as consumer-oriented or innovative. It’s stodgy, says the analyst. I’ve heard people talk about Google as a has-been, and everyone wants to work for Facebook. But then people are starting to say that Facebook has “peaked,” and that the world belongs to some next generation of innovators.

Okay, let’s have some fun. I’ve set up an online survey. It’s not scientific, and it’s not statistically significant. But it asks about a whole bunch of big software development companies and organizations – and whether you think they’re stodgy or not. That’s all.

If you get a minute, please take the survey. If there are enough responses, I’ll report back in a few weeks.