Novell is now part of Attachmate. Should you care? Yes.

Novell means lots of different things to different people. To me, the word “Novell” will always followed by “NetWare,” just as surely as “Lotus” is followed by “1-2-3.” (Yes, Alan is a dinosaur.)

There are lots of other Novell products, to be sure – ZENworks, data center management tools, GroupWise, etc. See the big long list at http://www.novell.com/products/.

However, the only two that truly matter, from the software development perspective at least, and SUSE Linux and Mono.

SUSE is one of the Big Two enterprise-class distributions, along with Red Hat. (There are oodles of consumer-facing distros, like Ubuntu.) When it came to running on large hardware, I’ve always considered SUSE to the de facto leader. Given that Attachmate serves the same large enterprise customer base, I’m confident that SUSE will continue to evolve as a strong platform.

Mono is a concern. First, I’m not sure if Mono has a sustainable business model – or that it even has a business model at all. Second, Microsoft was a key behind-the-scenes player in Attachmate’s acquisition of Novell – see my comments from last November. It’s not in Microsoft’s best interest for Mono to exist. After all, if you can run .NET applications on Linux, you’re not locked into buying Windows Server.

My prediction: Under Attachmate, SUSE will flourish, and Mono will wither. I expect Mono to suffer intentional neglect, rather than a bold stroke, until it weakens, loses relevance, and fades away.

This is a depressing thought. It’s almost as depressing as that Overstock.com purchased the naming rights to the stadium used by the Oakland A’s baseball team and the Oakland Raiders football team. The idea of visiting “Overstock.com Coliseum” is somewhat nauseating.

A few years ago, a multi-day power failure on Long Island left our offices in the dark – including the Microsoft Exchange Server in our server closet. After that experience, and a few others involving the local electrical grid, we moved our mail system into the cloud for improved reliability.

This week, a failure of some sort took down one of the best-known cloud services. As I write this on Friday morning (April 22), Amazon is still struggling to fix Amazon Web Services, which has big problems in its Northern Virginia data center. Some services came back online on Thursday, but others are still down.

As of the time of writing, Amazon has not provided any sort of explanation for the outage, or disclosed how many of its customers were affected. The best customer reports are on Twitter. But according to the AWS Service Health Dashboard, there are issues with the company’s Electric Compute Cloud, Relational Database Service, Elastic MapReduce, Cloud Formation and Elastic Beanstalk resources in its US-EAST-1 region. The problems also include high latency and error rates, instance launches, API accesses, database connectivity… the list goes on and on.

Are/were you affected by the AWS failure? Probably. We were.

SD Times doesn’t use AWS for any of our internal IT needs. We have some systems that use Google’s Web services, but have nothing stored in Amazon, or that use the AWS APIs directly.

On the other hand, for our technical conferences (like SPTechCon for SharePoint developers and admins), we like to create funny promotional videos using Xtranormal. Those videos (again, as I write this) are down, and have been for 21 hours. As the company tweeted on Thursday, “Hang tight, peeps. Those pesky ‘Amazon’ issues you might have heard about this morning affected us as well.”

The good news is that we know one thing for sure that Skynet – the global computer system in the Terminator movies – didn’t take down Amazon Web Services. One of the company’s support team, Luke@AWS, posted,

From the information I have and to answer your questions, SkyNet did not have anything to do with the service event at this time.

The bad news is that, with the exception of purely siloed enterprise IT systems, we’re all using cloud computing, all the time. Even if we’re not subscribing to those services ourselves, the chain of dependencies, thanks to APIs, Web services, RSS feeds, and external data providers, means that our IT is only as strong as the weakest link. 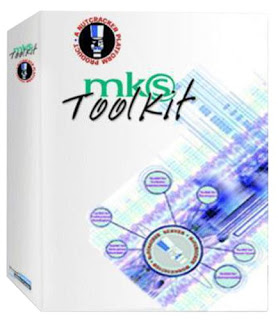 I was surprised to read that MKS Inc. was being purchased by PTC (a firm I’d never heard of).

Most people today know MKS as a seller of enterprise application lifecycle management tools. The Waterloo, Ont.-based company’s flagship is Integrity, an ALM suite that covers requirements, modeling, coding and testing. While I’ve never used Integrity, I’ve heard good things about it over the years.

To me, however, MKS will always be Mortice Kern Systems, makers of MKS Toolkit. The toolkit comprised a set of hundreds Unix-inspired command-line utilities for DOS – like grep and awk, but also essential tools like vi. The built-in set of DOS command-line tools was very minimal, and didn’t come anywhere near the power and flexibility of what was available for Unix.

As a developer who used a PC during the early 1980s, the MKS Toolkit made a clumsy environment bearable. In fact, as a judge for the 2007 Jolt Awards, published by Software Development Magazine (no relation to SD Times), I wrote up a winner as:

Once you’ve used UNIX, you can never forget the power of a real command line. That’s where MKS Toolkit comes in. MKS Toolkit is long known for bringing the power of UNIX to DOS and OS/2. Now version 5.2 brings the same benefits to 32-bit Windows workstations.

With MKS Toolkit, you get all the familiar UNIX commands like awk, grep, ps, tar, pax, cpio, make, sort, and the Korn shell. But with this new Windows version, you also get Perl, web (which lets you access web pages from the command line), and Windows GUI versions of vi and vdiff, and more.

If you don’t know what those UNIX functions are, MKS Toolkit’s not for you. But if you’re itching for the command line–but find a Microsoft mouse instead–then this utility suite gives you the best of all possible worlds.

MKS ditched the “Mortice Kern Systems” name a decade ago, but still sells MKS Toolkit, albeit on a different website from its enterprise solutions. Integrity is at www.mks.com, but MKS Toolkit is at www.mkssoftware.com.

I haven’t used MKS Toolkit in many years, but am glad that the product is still available. Let’s hope PTC keeps MKS Toolkit going. 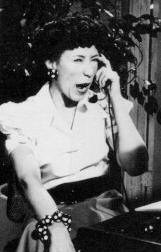 I was recently at a party – okay, the speaker’s party at iPhone/iPad DevCon last week – where it was obvious that the speakers neatly bifurcated into two groups. There were those who recognized Mike Oldfield’s Tubular Bells playing on the stereo, and those who didn’t.

(You could also identify the Tubular Bells cognoscenti by the relative abundance of gray hair, compared to those grooving to the sounds of Girl Talk.)

Here’s another litmus test: What does “UX” mean to you? The definition may be revealing about how our world is changing.

If you see UX and think Unix (or perhaps UNIX), then you belong to the world of classic IT. Maybe you’re thinking about HP-UX, which is Hewlett-Packard’s version. Or A/UX, which I actually had running on a Mac Quadra a billion years ago. Either way, until recently, for me UX==Unix.

If you see UX and think User Experience, not Unix, you’re part of a newer generation. Perhaps you were inspired by Donald Norman’s classic “The Design of Everyday Things.” Maybe you’re thinking about AJAX or rich Internet applications. UI is so passé – it’s all UX now. They say there’s an app for that.

Unix lived and died by the command line – and by the ubiquitous and essential man pages, which told you everything you everything. It was a world where a single mistake – forgetting an argument, making an argument upper-case instead of lower-case, putting parameters in the wrong order – would lead to disaster. If you knew what you were doing, you were a guru. If you didn’t, you were doomed.

Today’s User Experience-driven world is diametrically opposite. Android phones, Web applications and iPads have minimal controls. Everything should be modeless, whenever possible; everything should be obvious; pop-ups are bad; grayed-out options are bad. If it’s not intuitive, you’ve failed. If you ever watched a child pick up an iPhone or an iPad for the first time, launch an app and start painting or playing, you’ve seen what UX is all about.

There are no man pages for mobile applications or modern interactive Web applications. In fact, often there’s no help system or README.TXT or any end-user documentation whatsoever.

In object-oriented development, it’s a bad practice to overload an operator or a method with one that does the exact opposite function. (It’s like having to press the Start button to shut down Windows – it’s silly and counterintuitive).

Yet that’s exactly what we’ve done by overloading UX. We’ve taken an abbreviation for Unix, traditionally the operating system that requires the most up-front knowledge by its end users. And it now refers to goal of ensuring that users can simply figure out how to use a system intuitively, without any training or documentation or anything.

Like one of Girl Talk’s mashups, an app with a great UX should simply get you moving. What’s not to like? 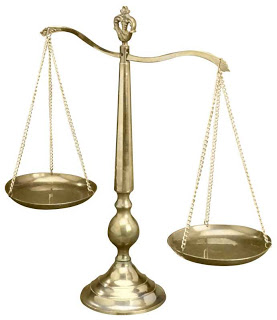 The lawsuits flying around Silicon Valley are getting ridiculous.

• Apple is suing Amazon.com because Apple says that “App Store is an Apple trademark, and thus Amazon must not use “Amazon Appstore” for its Android, well, app store.

• And recently, Microsoft filed a European antitrust complaint against – guess who – Google.

The latest Microsoft complaint reveals that as worried as Redmond has been about search, it’s also concerned about Windows Phone. According to this post by Brad Smith, Microsoft’s General Counsel, there are six allegations:

1. Google’s search engine has an unfair advantage over Microsoft’s Bing and other search engines when it comes to crawling YouTube content.

2. Google refuses to allow Windows Phone to access YouTube metadata, but allows Android and iPhone devices to do so.

3. Google is attempting to block access to content owned by book publishers by seeking exclusive rights to scan and distribute so-called orphaned books – those still under copyright, but for which the copyright owner can’t be found.

4. Google unfairly restricts its advertisers’ ability to use data and analytics in an interoperable way with competing search platforms, specifically Microsoft’s adCenter.

5. Google contractually requires European websites that use a Google search box from also using a competing search box. Microsoft says this not only freezes out Bing directly, but also blocks web publishers from using Windows Live Services, which embeds a Bing search box.

6. Google discriminates against its own competitors (like Microsoft) by making it very expensive for them to buy good ad positions using Google’s ad tools.

Is there any truth to these allegations? That’s for the European Commission to decode. But what it all comes down to is: Microsoft can’t compete, so it’s going to the courts. The company has the right to sue, of course.

But I hope that if Microsoft succeeds in overturning Apple’s “App Store” trademark, the decision is broad enough to overturn Windows, Word and Office as well. Fair is fair.