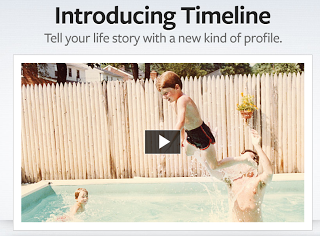 Want to pick a little fight? Talk about football. If you’re in most of the world, the 2014 World Cup is already looming on your horizon. If you’re in the United States, then you’re probably thinking about next month’s Super Bowl XLVI, the big matchup between American Football teams. (This year, I’m rooting for my native New England Patriots. Prefer the New York Giants? Let’s take it outside.)
Sports. Politics. Religion. Those are all tiny little trivial fights. If you want a big fight, look at reactions whenever Facebook changes something. The vitriol flies as millions (billions?) of users rage against Facebook’s audacity, whether it’s something minor like friend recommendations or something major like the forced migration to the new Timeline personal profile. (I like Timeline. Disagree? Let’s take it outside.)
Commercial services change and evolve, whether their customers like it or not.
• Sometimes services change in order to attract new customers.
• Sometimes services change in order to fend off competitors.
• Sometimes services change in order to directly drive revenue.
• Sometimes services change in order to improve customer lock-in.
• Sometimes services change in order to reduce costs or improve profit margins.
• And sometimes services change in order to increase customer satisfaction. (In my experience, that’s rarely the driver.)
My neighborhood has a wonderful grocery store. About a decade ago, it was looking a bit rundown. A competing supermarket did a major remodeling – and shortly thereafter, so did our neighborhood store. The results were terrible. Too few shelves, a wide-open arrangement that was pretty but had less merchandise. A few months larger, the store remodeled again. It had no choice. But each time the store changes (and the owner continues to experiment and innovate) we find the disruption annoying — then can’t find our favorite foods. We don’t like the change. After a few weeks, we get used to it. And then we don’t like the next remodel. Hey, that’s just how life is.
While the owner may say that he’s remodeling in order to make the store nicer, most of the time he’s motivated to drive revenue or cut costs. As long as he doesn’t make the store much worse in the process, and thereby lose too many customers, it’s a good business move.
What about software? When we talk about products like Microsoft’s Visual Studio or the Eclipse JDT or IBM’s DB2 – you have a lot of choices when it comes to change. Since software is delivered as bits, you can choose to upgrade to the bits or not.
• You can choose to install the new bits as soon as they come out – maybe the upgrade solves a specific problem you had, swats a scary but or offers some compelling features.
• If you’re nervous or on a budget, you might wait for first point release or service pack or even hold back for next major release.
• You might decide never to upgrade.
• Or, if the upgrade is sufficiently obnoxious, you might switch products altogether.
That only works when software is a product. What about Software-as-a-Service? When you use Facebook or the Google Calendar APIs or a hosted code repository or a hosting package, you aren’t using software. You are using a service. You aren’t buying or licensing software. Your ability to upgrade, or to sit back and wait, is totally at the whim of the service provider.
Some service providers, of course, give customers the option to migrate early to new versions of their service, or to temporarily delay the migration. Some do not give you a choice. When you buy bits, you are in control. When you use a service, you are not in control. Whether it’s Facebook, your code repository, the layout of your local supermarket or the television channels carried by your local telecommunications provider, you can either go along with the change or find a new service provider.
Sadly, few consumers understand or appreciate that services are services. They don’t understand why they can’t stay on Facebook 2008. They don’t understand why the changes don’t reflect their own desires.
That’s not how it works. Facebook isn’t making changes for the benefit of its existing customers. It’s making them in order to help its own bottom line by creating new money-making opportunities for itself and its partners, while also encouraging users to spend more time on the site (so they see more ads). The company is betting that while many customers will complain, relatively few will actually leave the service. Plain and simple.
Now, how about those Patriots?
Z Trek Copyright (c) Alan Zeichick
January 25, 2012
https://alanzeichick.com/wp-content/uploads/timeline.png 236 320 Alan Zeichick https://alanzeichick.com/wp-content/uploads/alan-zeichick-logo.png Alan Zeichick2012-01-25 02:25:002013-09-26 05:38:55Services change. Get used to it. 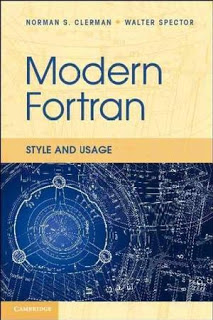 The smell of fresh ink. The source-code listings. The structure. The structure! I am thoroughly enjoying my review copy of “Modern Fortran: Style and Usage,” by Norman S. Clerman and Walter Spector.
FORTRAN (or as it’s now called, Fortran) was one of the first programming languages I learned and later taught. In my mainframe environment, it was COBOL, FORTRAN and PL/1, plus a little LISP. Throw in some job control language and the occasional assembler, simply to break up the monotony. What a wonderful world.
Cryptic languages like C belonged to a parallel dimension inhabited by the VAX down the hall. Foreign. Alien. Bizarre. C was for programming telephone switches. It simply wasn’t part of my department’s business-oriented computing culture.
Did you learn FORTRAN in school? Use it for numerical or scientific work? Certainly the language was a delight to program, whether you coded in the immortal FORTRAN IV (my favorite) or that new-fangled FORTRAN 77.
FORTRAN 77 was the most recent dialect from my life as a professional programmer. The object-oriented Fortran 90 (where everyone moved to writing the language as Fortran) was never part of my life, except as a spectator. But I’m fascinated by how the language has grown and evolved. The addition of generics to Fortran 2003, and now parallel processing with Fortran 2008, truly brings this ancient procedural language into the modern era.
Think about how programming languages come and go. In the big-box era, we focused on structured, procedural and imperative languages, like FORTRAN, COBOL, RPG and the rest. While BASIC was designed as a structured teaching language for timesharing systems, it caught fire with the microcomputing era. C evolved for the world of Unix and for close-to-the-hardware control systems like those phone switches. FORTH, LISP, SMALLTALK and APL were specialized tools for specialized projects.
The pendulum swing to objects. Inspired by Smalltalk, everything was about C++, Objective C and Java. And then it became about scripting languages like JavaScript, Perl, PHP, Python and Ruby. And then domain-specific languages. But in reality… we’re using a little bit of everything.
That’s the way it should be. We should update the best of the old, while also creating new tools with the latest concepts. Put away the forklift, I’m busy reading “Modern Fortran.”
Z Trek Copyright (c) Alan Zeichick
January 19, 2012
https://alanzeichick.com/wp-content/uploads/052173052X.1.zoom_.jpg 320 213 Alan Zeichick https://alanzeichick.com/wp-content/uploads/alan-zeichick-logo.png Alan Zeichick2012-01-19 18:26:002013-09-26 05:38:56Put away the forklift, I’ve got FORTRAN on my mind 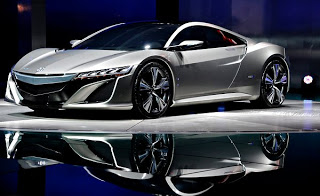 Toys, toys, toys. I love to read about new toys, especially sleek sports cars and nifty computerized gadgets. This week has been a bonanza – from two different directions.
You might think my focus would be on the big annual Consumer Electronics Show in Las Vegas. Actually, I’ve been more keenly following the happenings at the North American International Auto Show, which kicked off January 9.
Dozens of exciting cars and concept vehicles were introduced at the NAIAS, which is also known as the Detroit Auto Show. They include a smokin’ hot Acura NSX super car (pictured), the futuristic Lexus LF-LC, a new Mini Roadster, the four-door Porsche Panamera Turbo R, the fast-looking Mercedes SL550, the BMW i8 electric car… the list goes on and on.
A big part of the news from Detroit overlapped what was also talked about at the Consumer Electronics Show. Sure, CES features lot of “ultrabook” lightweight notebook computers, incredibly thin televisions, high-definition digital cameras, three-dimensional printers, even electric razors. But automotive computers were very much front and center.
There’s a lot more to computerized cars than iPod jacks or even streaming Pandora on a 28-speaker Bose sound system. Companies like BMW, Ford and Mercedes-Benz are integrating phone applications with vehicles’ onboard computers. The smartphone sends the car email and text messages. The car sends back real-time diagnostics. I’m told you can even make phone calls!
Soon, you will update your car’s firmware as often as you update your smartphone’s apps.
To change the subject only slightly: Let’s talk about developing smartphone software. You know that BZ Media – the company behind SD Times and News on Monday – produces developer conferences for Android and iPhone/iPad developers. We are proud to announce support for another platform at WPDevCon: The Windows Phone Developer Conference.
WPDevCon is coming to the San Francisco Bay Area from Oct. 22-24, 2012. We are currently assembling a full slate of workshops and technical classes, and the program will be ready in early March. However, we invite you to check out the website, www.wpdevcon.net, and of course, mark your calendar if you or your colleagues are interested in attending.
Want to propose a class? See the Call for Speakers and then drop me a line. Interested in exhibiting? Contact my colleague Adam Teichholz.
Which is more interesting to you, the latest cars at the Detroit Auto Show or the snazzy gadgets at the Consumer Electronics Show?
January 14, 2012
https://alanzeichick.com/wp-content/uploads/acura-nsx-slide-I86Y-slide.jpg 196 320 Alan Zeichick https://alanzeichick.com/wp-content/uploads/alan-zeichick-logo.png Alan Zeichick2012-01-14 13:28:002016-06-23 09:32:10Fast cars! Fast phones! And a new developer conference!