Ad hoc, ad loc.,
And quid pro quo!
So little time,
So much to know! 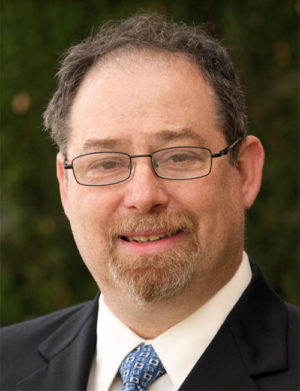 Alan Zeichick is Director, Strategic Communications, for Oracle Corp., as of June 1, 2018. All content on this website, whether published before or after that date, are the opinions of Alan Zeichick, and do not represent those of Oracle.

Alan is also founder and principal analyst, Camden Associates. Follow Alan on Twitter @zeichick, and see his profile on LinkedIn.

Alan is recognized in the following areas:

Consulting. Alan has provided editorial consulting for a number of management consulting and publishing companies, including Andersen Consulting, PricewaterhouseCoopers, International Data Group, Interex, and CMP/Miller Freeman. From the publishing side, the consulting has involved acquisitions, launches, staff training, and repositionings of both print and on-line properties.

Labs-Based Testing. Alan has been involved in the creation and operation of several IT test labs. In the late 1980s, he designed and implemented the CD-ROM Test Lab and the Portable Computer Test Lab, both for International Data Group. In 1993, he built a test lab for Cadence Magazine, and from 1996-1998 enhanced and upgraded the LAN Lab.

Journalism and Public Speaking. Alan has written more than 4,000 published articles for dozens of trade and consumer publications, and media websites, including SD Times, The Red Herring and InfoWorld, PC World to PC Magazine, Washington Post to Newsday, NetworkWorld to Light Reading, Forbes to the Wall Street Journal.

Event/Conference Management. Alan has been involved with the launches of several trade shows, including IDG’s Portable Computing and Communications and CD-ROM Expo. At Miller Freeman, he served as content visionary and initial Conference Chairman for Autodesk University and the OS/2 World Conference and Exhibition. Recently, he served on the advisory board for PC Expo. At BZ Media, Alan served as conference chairman of AnDevCon: the Android Developer Conference, and also iPhone/iPad DevCon, and was the founding conference chairman of SPTechCon: the SharePoint Technology Conference. He also founded the Software Test & Performance Conference and FutureTest Conference, now produced by Redwood Collaborative Media.

Training. Alan has offered technology training since the late 1970s, and has provided publishing training since 1988, both independently and through the Folio: conferences. More recently, he has spoken at the Niche Magazine Conference and the Niche Digital Conference.

Other Interests. Alan is a philanthropist and a member of several boards in the non-profit world. He is an accomplished nature photographer, and enjoys driving his favorite 1991 Acura NSX supercar at excessive speeds.