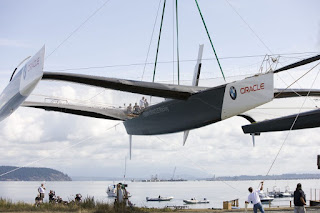 OOW + OD + J1 = Big. Wow. This week was the Oracle triple play – Oracle OpenWorld, Oracle Develop and JavaOne. This is the first year, of course, that Java is owned by Oracle, and therefore, it’s the first year that JavaOne is an Oracle production instead of an event thrown by Sun Microsystems.
How many people went to the combo event? By my rough estimate, 6.4 trillion. Yes, I know. I may be exaggerating. The official figure is 40,000 attendees, 1,800 classes and 450 exhibitors strewn across multiple convention centers and hotels encompassing both the South of Market and Union Square sections of San Francisco.
But frankly, the event blew out San Francisco – itself not a small town. This is the type of event that is normally found in Las Vegas, and in fact, seeing all the tents (filling up city streets, with traffic diverted), and seeing all the attendees with aching feet, I was reminded of COMDEX events back in the 1980s.
The big difference, of course, is that COMDEX heralded the growth of the personal computer industry. Before it got too big and imploded, attendees flocked to COMDEX to see new stuff, preferably from little tiny companies that might, just might, become big some day.
By contrast, the Oracle trifecta was all about celebrating the growth of the Oracle industry. Oracle products, Oracle partners, Oracle this, Oracle that, 11 out of the leading 11 companies use Oracle, blah blah blah. A prime example of the emphasis on the company itself was the Moscone North shrine to the 33rd America’s Cup yacht race, won earlier this year by the Oracle BMW Racing team.
The message: Oracle plays to win. Despite the crowds, craziness and confusion, OOW + OD + J1 demonstrated not only that Oracle is huge, but that it is advancing and dominating nearly every enterprise computing front.
Want proof? At the show there were lots of announcements around Oracle’s packaged applications, but that’s only the beginning. The hyperkinetic company also unveiled a Java roadmap, declared its commitment to open-source developer communities, upgraded its middleware, put a new kernel into its Linux distribution, launched a new generation of 16-core SPARC processors introduced a new set of massive database server hardware, revved the SunRay terminals, demoed a new MySQL release candidate, enhanced its storage products, hyped its plans for the cloud… the list goes on and on.
Oh, yes, Oracle also talked about its jaw-dropping financials. It announced quarterly revenue up 48% to US$7.5 billion, profit up 10% to $1.19 billion, and software license sales up 25%.
It was an impressive week – except, of course, for non-IT folks who live or work in San Francisco, who had to navigate around Oracle’s mega-conference. I’m sure that Oracle’s competitors weren’t too happy either. Larry Ellison’s ego might be huge, but then again, so is his company.
Z Trek Copyright (c) Alan Zeichick
September 24, 2010
https://alanzeichick.com/wp-content/uploads/alan-zeichick-logo.png 0 0 Alan Zeichick https://alanzeichick.com/wp-content/uploads/alan-zeichick-logo.png Alan Zeichick2010-09-24 02:00:002010-09-24 02:00:00Oracle’s Tent City, San Francisco, U.S.A. 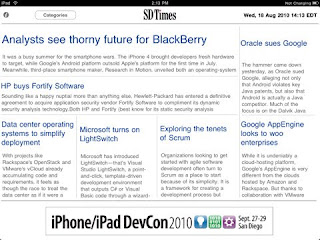 My head is full of mobility – and that’s a good thing. But sometimes juggling all the technology can be a bit overwhelming. In one pocket, you’ll often find a new Apple iPhone 4, newly upgraded to iOS 4.1. In another pocket, an HTC Evo 4G handset runs the Android 2.2 operating system. A Kindle e-book reader from Amazon.com lives in my briefcase. And at home there’s an HP netbook running Moblin Linux on the kitchen counter and a WiFi-equipped iPad in the living room.

(And that’s not even mentioning a out-of-date BlackBerry sitting in a charger. I don’t use that one very often these days — I suppose it’s time to get a new one.)

Why does Alan have so many mobile devices? If you answered, “Because he’s a total geek!” well, you’d be right. I love my technology toys. And while new software is fun to play with, nothing (nothing!) beats the thrill of mastering new hardware.

Another reason to have all these toys is because, well, SD Times readers are building applications for mobile devices, and it’s important to have hands-on familiarity with them.

A few months ago, we developed our first mobile application, and many people have downloaded and are enjoying the free SD Times Newsreader for iPhone.

I’m now proud to share our new SD Times Newsreader for iPad with you. It’s available for free download from the Apple App Store. It’s a whole new codebase, and a totally different reading experience, than the iPhone app. Check it out!

And now, hmm, which mobile device should I play with next? 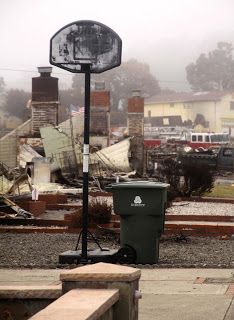 Yesterday afternoon, I walked through the neighborhood devastated by last week’s gas-main explosion in San Bruno. (It’s close to my house.) 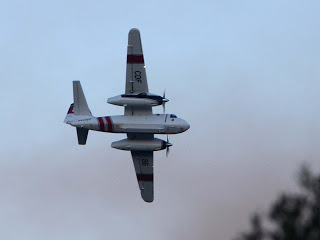 It’s scary watching water-tankers flying over your house… and dropping their loads only a couple of blocks away onto a towering ball of flame that we could see – and feel.
My home is less than a mile from the gas-line explosion that happened in San Bruno, Calif., on Thursday afternoon, Sept. 10. San Bruno is a sleepy little bedroom community near San Francisco International Airport. Part of the city is industrial, but most is residential. The Crestmoor area, where the high-pressure gas main exploded, is a nice, tree-lined neighborhood we drive past every day.
Fortunately, my family is safe, and our home is safe. But this is a huge disaster. Many people were killed and injured. More than 50 homes were destroyed, more than 100 houses damaged. Perhaps you’ve seen the photos or video on television or on the Internet. It’s unreal. Thankfully, modern technology helped keep people in touch during the evening, and throughout the night.
Of course you can’t count on consumer-grade telecommunications during man-made or natural disasters. Phone lines, power lines, cellular transmission towers, all are vulnerable to damage or overloading. The only technologies that aren’t affected are free-standing radio systems, such as those used by emergency services or amateur radio operators. But there’s no doubt that the miracle of modern technology plays a vital role.
One of the first things that my wife, my son and I did after the explosion was get onto Facebook and post that “we’re okay.” That helped our far-flung friends and family who saw “San Bruno disaster” on the news and had no idea if we were affected. After all, this was a story that was covered not only in Northern Calif., but also across the nation and around the globe.
Using Facebook, email, text messaging and calls to mobile phones, we (and many others) inventoried our friends, to make sure that everyone was okay and to see if anyone needed help. While technology doesn’t help directly – it didn’t prevent the fire, help put out the fire, save lives or save homes – it did comfort the community and the affected.
Without tools like Facebook or email, the uncertainty would have been greater, and the heartache even deeper.
This has been a terrifying experience. As a former firefighter myself (back in the 1980s), I’ve trained for disasters, but have never seen or imagined anything on this scale. Frankly, we’re overwhelmed.
Our heart goes out to everyone affected by this terrible tragedy.
Z Trek Copyright (c) Alan Zeichick
September 10, 2010
https://alanzeichick.com/wp-content/uploads/IMG_2990.jpg 240 320 Alan Zeichick https://alanzeichick.com/wp-content/uploads/alan-zeichick-logo.png Alan Zeichick2010-09-10 15:31:002013-09-26 05:43:48Disasters and the comfort of modern technology