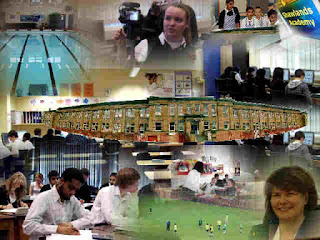 My wife is very, very proud of her old secondary school, Shawlands Academy, which was named the United Kingdom’s greenest school.

According to a story in the Evening Times,

Shawlands Academy in the South Side of Glasgow is celebrating being named the UK’s greenest school.

Staff and pupils, who describe themselves as “the next generation of pollution fighters”, were given a special award for environmental sustainability.

Judges were particularly impressed by a cycle rental scheme, where youngsters can pay £30 a year to rent a bike and cycle to school.

Another innovation is a scheme that rewards students for choosing healthy options at lunchtime.

To conserve energy, sensors control the lighting system and the toilets.

Shawlands Academy was also the UK representative in an international project that saw it working alongside schools from Sweden, Cyprus and France on a number of green projects.

Here’s the “PR pitch of the day,” which came to our newspaper’s info@ e-mail address.

Guess how much time, rounded up to the nearest nanosecond, we’re going to spend compiling a list of “technology stories” that our reporters are working on, just so that Jackie can match them up with her clients?

If you guessed any positive integer, you overestimated.

It’s Jackie with _________; how are you? I was just wondering what, if any, technology stories you’re currently working on. I have a few clients that I thought could be of interest to you, but I don’t want to waste your time with an irrelevant pitch.

I hope all is well and I look forward to hearing back from you. 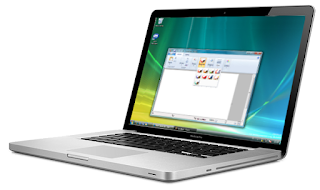 Apple’s new MacBook and MacBook Pro notebooks, introduced a week ago, are drop-dead gorgeous. That’s about all you can say about them, compared to the older models.

The prices are the same as the previous generation. The size is about the same. Weight is actually higher. Sure, the new entry price is $999, but that’s for a white polycarbonate plastic MacBook model that’s essentially a leftover from the previous product line. The new aluminum models are just as pricey as the old ones.

The under-the-hood modifications are a new NVIDIA graphics chip set that blows the socks off the old Intel chipset, and a next-generation set of Intel processors that seem to boost speed by about 20% on the MacBook, and 5-10% on the MacBook Pro. That’s all good.

One techie friend claimed that I was underwhelmed because I hadn’t seen the machines. However, I had seen them. Yes, the new machines are beautiful. But that’s not a reason to go ooh and ahh, as much of the media seems to be doing.

Apple also gave us LED-based screen lighting, which is nice. Battery life might be a little better, but it’s too early to tell. A 128GB solid-state hard disk is available on the MacBook and MacBook Pro.

But what don’t we have?

• A new 17-MacBook Pro. If you want 17 inches, they still sell the old model. Rumor is that the 17-inch one using the new design will appear in a few months.
• Blu-ray optical drives. Not sure if there’s demand, but they’re already showing up in Windows notebooks.
• A 500GB internal hard drive option. I was sure we’d see that.
• A really significant gain in processor speed. While the MacBook got a decent boost, the Pro didn’t gain much at all.

And what have we given up?

I don’t know about you, but I don’t see anything, beyond the beautiful aluminum case, to get excited about, and much to be disappointed in. If you want a MacBook or MacBook Pro, try to get a deal on left-over inventory of the older models. 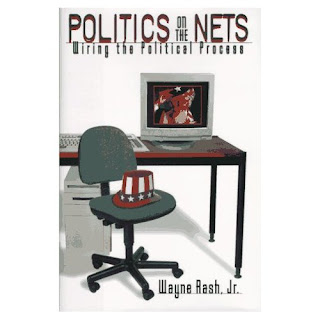 The U.S. Presidential elections are being fought in Main Street, on Wall Street — and on Broadband Avenue. YouTube, blogs, RSS feeds… those are all just as important as televised debates, robo-calls and TV advertisements.

Every four years, we see new technologies and new attention being given to the Internet. It’s easy to forget that despite the particular domains and file formats in Election 2008, this has been going on for better than a decade.

If you read (or re-read) Wayne Rash’s seminal book, “Politics on the Net: Wiring the Political Process,” published in 1997, you can see how far we’ve come. You’ll also see that much hasn’t really changed in the past few elections.

Sadly, Wayne’s book is out of print. You can still find used copies, or take it out of your local library.

I remember a funny Dilbert cartoon series where the Pointy-Haired Boss’s company won the contract to redesign the U.S. air traffic control system. Dilbert and his colleagues immediately invested their life savings in a bus company.

That brings up the question:

Do you trust your architects, your designers, your programmers and your testers — and their management — enough to fly on an airplane running software written by your team? Would you bet your life against the quality of your code? 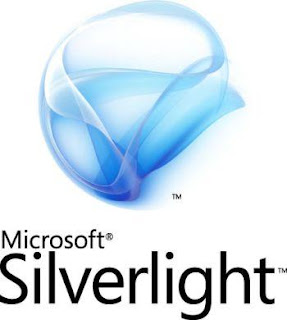 Microsoft shipped Silverlight 2 today, sort of. While the company said that the software was “released” today, Monday, Oct. 13, it won’t be available for download until tomorrow, Tuesday, Oct. 14.

According to Microsoft, these are the highlights of Silverlight 2:

One area where Microsoft is definitely breaking new ground is in its indirect support for an Eclipse project. Here’s what Microsoft says about tools:

Microsoft announced plans to support additional tools for developing Silverlight applications by providing funding to Soyatec, a France-based IT solutions provider and Eclipse Foundation member, to lead a project to integrate advanced Silverlight development capabilities into the Eclipse IDE. Soyatec plans to release the project under the Eclipse Public License Version 1.0 on SourceForge and submit it to the Eclipse Foundation as an open Eclipse project.

Microsoft also will release the Silverlight Control Pack and publish on MSDN the technical specification for the Silverlight Extensible Application Markup Language (XAML) vocabulary. The SCP, which will augment the powerful built-in control set in Silverlight, will be released under the Microsoft Permissive License, an Open Source Initiative-approved license, and includes controls such as DockPanel, ViewBox, TreeView, Accordion and AutoComplete. The Silverlight XAML vocabulary specification, released under the Open Specification Promise (OSP), will better enable third-party ISVs to create products that can read and write XAML for Silverlight.

“The Silverlight Control Pack under the Microsoft Permissive License really addresses the needs of developers by enabling them to learn how advanced controls are authored directly from the high-quality Microsoft implementation,” said Miguel de Icaza, vice president, Engineering, Novell. “By using the OSP for the Silverlight vocabulary, they further solidify their commitment to interoperability. I am impressed with the progress Microsoft continues to make, and we are extremely satisfied with the support for Moonlight and the open source community.”

Beyond funding development in the free Eclipse IDE, Microsoft currently delivers state-of-the-art tools for Silverlight with Visual Studio 2008 and Expression Studio 2. In addition, support is now extended to Visual Web Developer 2008 Express Edition, which is a free download.

This morning’s mail brought an official-looking message with an European Union Taxation and Customs Union banner… addressed to our info@ email account. It claims to be from the europa.eu domain, but the message actually originated from the pelayanweb.com domain, which is a hosting service in Malaysia.

The message is a straightforward phishing attempt, offering a faux tax refund as bait to snag your bank-account info. Don’t be scammed, don’t be fooled!

This is in reference to your account with a financial institution in one of the participating EU Countries, in light of the 2008 Tax System relating to the EU Savings Tax Directive. We believe you have over the years been charged Taxes on your account which normally should not apply to your status as a non resident.

The Directive is an agreement between the Member States of the European Union (EU), which require each Member State to exchange information with each other about EU residents who earn interest on savings and investments in one EU Member State, but live in another.

To avoid withholding Tax/ double Taxation on your non-resident SAVER, BROKERAGE AND INSURANCE ACCOUNTS, since you are non EU resident we will require you fill a simple confidential Tax form that will be sent to you by fax or email upon your response. We advice that you provide a confidential fax number or email so our office can forward to you immediately the Tax form

We will require you to fill/sign and return to our office through our confidential email or fax numbers below before the 3oth of October 2008. Once we receive and review your application any unlawful Tax on your account since the inception of the EU Savings Tax Directive in 2005 will be refunded to you with interest. Please submit separate forms for your checking, savings and fixed deposit accounts 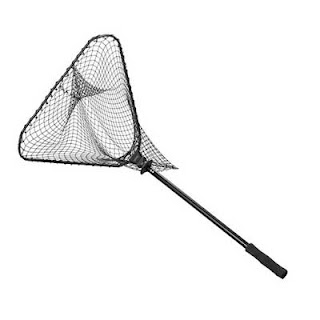 Today’s new phishing scam is an attempt to steal your Google AdWords account information and/or a credit-card number. I received two identical messages today, sent to email accounts that most definitely aren’t set up with Google AdWords.

Beyond that, both messages were trying to get me to click on a link that looked a Google URL, but actually belonged to a non-Google server. Don’t be fooled! Don’t be scammed!

Here’s what the message said:

Our attempt to charge your credit card for your
outstanding Google AdWords account balance was declined.
Your account is still open. However, your ads have been suspended. Once
we are able to charge your card and receive payment for your account
balance, we will re-activate your ads.

Please update your billing information, even if you plan to use the
same credit card. This will trigger our billing system to try charging
your card again. You do not need to contact us to reactivate your
account.

To update your primary payment information, please follow these steps:

In the future, you may wish to use a backup credit card in order to
help ensure continuous delivery of your ads. You can add a backup
credit card by visiting your Billing Preferences page or visit the
AdWords Help Centre for more details:

Thank you for advertising with Google AdWords. We look forward to
providing you with the most effective advertising available.

Here’s a big shout-out for the Eclipse Foundation, which is throwing a an attendee party at EclipseWorld 2008! They’ve hosted parties like this at previous EclipseWorld conferences, and they’re always great.

This year’s Eclipse Foundation Party is on Wednesday, Oct. 29, from 7:00-9:00 PM. It take place immediately after our Afternoon Keynote (Ivar Jacobson) and Opening Reception. 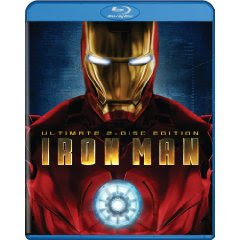 Here’s a notice that I received from Netflix today:

As you may know, Blu-ray movies are more expensive than standard definition movies. As a result, we’re going to start charging $1 a month (plus applicable taxes), in addition to your monthly membership charge, for unlimited access to Blu-ray movies.

The additional charge for unlimited Blu-ray access will be automatically added to your next billing statement on or after November 5th, 2008 and will be referenced in your Membership Terms and Details. If you wish to continue getting Blu-ray movies for $1 a month more, you don’t need to do anything. If not, you can remove Blu-ray access anytime by visiting Your Account at the Netflix website.

Let’s do the math, starting with a brand-new release, Iron Man. (Great movie.) I’m sure that Netflix can do better than Amazon.com’s pricing, but let’s use that as a guideline.

There’s a about dollar difference, retail. Probably Netflix will pay a lot less. Given how many times Netflix is going to rent that disc, it hardly seems justified to pass that dollar cost along to the consumer.

I must thank my friend PJ for this wonderful framed poster, dating back from the mid-1980s.

It now lives in a place of honor at BZ West. What a great gift!