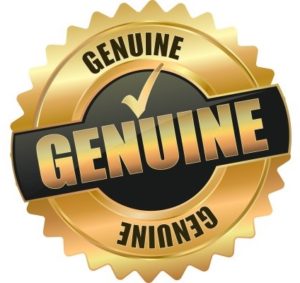 This essay was first published on the Reform Judaism blog, and was adapted from an article I wrote in December 2013 for the monthly Bulletin of Peninsula Temple Sholom in Burlingame, Calif.

Reform Judaism is both a living religion and a vibrant culture. As Reform Jews, we are charged with using the Torah as a guide to living meaningful lives and making the world a better place. We carry out rituals and maintain traditions that add meaning to our lives. It’s up to us to make informed, educated decisions about which rituals and traditions we will follow, both in our homes and in our synagogues.

Some say that “ethnic food” means corned beef and matzo ball soup; others prefer a little shrimp or stir-fried pork on their Passover rice. Both are authentic Reform Judaism.

What about holidays? Congregants build sukkot every year, host Passover sederim, light candles each night of Hanukkah, and fast on Yom Kippur. Well, some do. Other congregants never do any of these things, ever.

Such diversity is our strength, and demonstrates just why Reform Judaism is the largest, fastest-growing Jewish denomination in North America.

In early December 2013, 5,000 Reform Jews attended the Union for Reform Judaism (URJ)’s Biennial Convention, gathering together to study, to pray, to teach, to learn, to share ideas, to get in touch with our spirituality, to celebrate, to hear from leaders of our Movement and our world, to sing, to dance, to worship, to inspire and to be inspired. The amazing Biennial — as it always does — celebrated the diversity of authentic Reform Judaism — both here in North America and throughout the world.

Over time, we have seen rituals come and go, traditions reinvented and reinterpreted. Constant change — the foundation of Reform Judaism — is here to stay. With it, we are free to re-evaluate of what works, what is meaningful, and what speaks to our collective minds, souls and spirits.

As a URJ board member, I’m privileged to attend worship services at Reform synagogues all over North America — from Berkeley to Boston, from Dallas to Denver, from Seattle to St. Petersburg, from Los Angeles to Las Vegas, from Portland to Phoenix, from Burlingame to Brooklyn.

We can see the diversity of Reform Judaism in our Movement’s nearly 900 congregations, where, it seems, every possible practice can be found. Every shul is unique, yet we are all the same.

Some synagogues use Mishkan T’filah, some use Gates of Prayer, others use homemade siddurim. Every rabbi, every cantor, the music and the readings, the customs and the rituals — they’re all unique, they’re all the same. Most of all, each and every one is authentic Reform Judaism.

The onegs, the motzi, where the candles are lit, what’s in the kiddush cup on the bima, the ways that members, leaders, young people and guests are engaged — it’s all the same, it’s all unique, and each demonstrates authentic Reform Judaism.

I am proud — and I hope you are, too — to be part of the most vibrant Jewish movement in North America. I am proud to be part of a movement that is authentic, organic, energetic, growing, engaging, advancing, evolving, and moving. Indeed, authentic Reform Judaism never stands still; it is, in fact, why we are a movement.