Remember Microsoft’s Windows Live brand? To be honest, I’d forgotten all about it. Randall Stross, a writer for the New York Times, noted its demise in “Goodbye to Windows Live (and Whatever It Meant),” and that sparked some vague memories.

Windows Live was launched by Microsoft about a million years ago — November 2005, to be precise — to consolidate its myriad Web-based properties. Here’s an excerpt from a message from the Windows Live Team blog archive in August 2007:

Windows Live is a growing group of Microsoft online services that work well together and with Windows. Some of the services, like Hotmail and Messenger, help you communicate more quickly and efficiently. Some, like Spaces, make it easy for you to post pictures and ideas and share them with the people you choose. Others, like OneCare and Family Safety, help protect you, your family, and your PC from threats on the Internet. Most Windows Live services are free, but a few have a premium version that you can pay for.

The marketplace’s response to Windows Live was a resounding “Meh.” While some of the services have been well received – Hotmail is still popular, and critics are raving about SkyDrive — the Windows Live name didn’t work. Perhaps customers grokked that Windows is a family of operating systems, and that extending the Windows brand to a set of websites simply didn’t make any sense whatsoever.

As Randall Stross reported, Microsoft now gets it.

In his Building Windows 8 blog, Microsoft honcho Steven Sinofsky sort of announces Windows Live’s demise. While saying that over 500 million people use Windows Live services every month, Sinofsky wrote that …

…they still did not meet our expectations of a truly connected experience. Windows Live services and apps were built on versions of Windows that were simply not designed to be connected to a cloud service for anything other than updates, and as a result, they felt “bolted on” to the experience. This created some amount of customer confusion, which is noted in several reviews and editorials. The names we used to describe our products added to that complexity: we used “Windows Live” to refer to software for your PC (Windows Live Essentials), a suite of web-based services (Hotmail, SkyDrive, and Messenger), your account relationship with Microsoft (Windows Live ID), and a host of other offers.


Windows 8 provides us with an opportunity to reimagine our approach to services and software and to design them to be a seamless part of the Windows experience, accessible in Windows desktop apps, Windows Metro style apps, standard web browsers, and on mobile devices. Today the expectation is that a modern device comes with services as well as apps for communication and sharing. There is no “separate brand” to think about or a separate service to install – it is all included when you turn on your PC for the first time.

Goodbye, Windows Live; we hardly knew you. And while the services themselves are fine, as far as the brand is concerned, we won’t miss you. 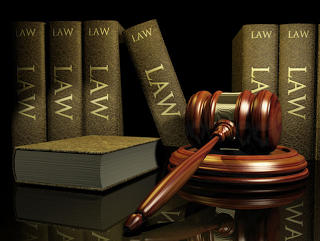 According the jury, Google did not infringe on two Oracle patents. That news came the same day, May 22, that Google closed its acquisition of Motorola Mobility.

The acquisition sailed through smoothly, and Google was quick to try to assure other Android handset makers – who are now both partners and competitors – that they would not become second-class citizens.

“The acquisition will enable Google to supercharge the Android ecosystem and will enhance competition in mobile computing. Motorola Mobility will remain a licensee of Android and Android will remain open. Google will run Motorola Mobility as a separate business,” said the company in a statement.

You can’t blame the likes of HTC, LG and Samsung from being nervous. Google already sells its own phones, such as the Galaxy Nexus, which are often the first with leading-edge technology. If Motorola phones now get early access to Android technologies, Google will look a lot more like Apple, and the viability of the broader marketplace would suffer.

And don’t even get started about what Google’s ownership of Motorola’s patents might mean to innovation in the handset market.

Speaking of patents, well, according to a jury, the answer was clear in Oracle America Inc., Plaintiff, v. Google Inc., Defendant.

The jury said that no, Google did not infringe on two patents acquired by Oracle when it purchased Sun Microsystems in 2009.

Patent RE38104, called “Method and apparatus for resolving data references in generated code,” was invented by James Gosling in 2003. It covers the way that Java source code is turned into Java byte code, and then run by a Java virtual machine.

Patent US6061520, “Method and system for performing static initialization,” was invented by Frank Yellin and Richard Tuck. This patent covers efficient means for a virtual machine to statically initializing an array .

Bottom line: Oracle is not going get billions of dollars in damages from Google. Don’t cry for Oracle, though – it is hugely profitable and has plenty of cash. This would have been a windfall for its investors, nothing more.

What will Google do with the savings? Invest in mobile phone technology, which it can market first in Motorola-branded handsets? That’s what its competitors probably fear. 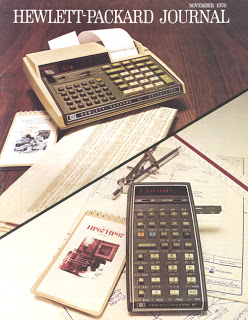 Let’s talk about the HP-67 and HP-97 programmable calculators.

Introduced in 1976, both those models hold place of pride in my collection of vintage computation devices – which consists of a tremendous number of older Hewlett-Packard and Texas Instruments calculators, as well as dozens of slide rules going back to the late 1800s.

The four-function pocket calculator was the feature phone of its era. Arriving in the early 1970s, they swiftly replaced adding machines. The HP-35 calculator (1972) with its trig, log and exponential functions, singlehandedly killed the slide rule industry.

Programmable calculators with persistent removable storage – specifically Hewlett-Packard’s HP-65 (1974) and Texas Instruments’ SR-52 (1975) – were the equivalent of the first smartphones. Why? Because you could store and load programs on little magnetic cards. You could buy pre-written packs of programs on those cards from HP and TI. There were user groups where calculator programs could publish and share programs. And there were even a few commercial developers who sold programs on cards as well.

Some of my earliest published programs were written for HP and TI calculators in the mid-1970s. A foundational part of my own history as a computer scientist was learning how to do some pretty sophisticated work with only a few hundred bytes of addressable memory. Not megabyes. Not kilobytes. Bytes.

In modern terms, we would call calculator programs distributed on mag cards “apps.” The HP-65 Users Library and the TI PPX-52 (Personal Program Exchange) were among the first app stores.

This brings me to the HP-67 and HP-97, which were introduced simultaneously at prices of US$450 and $750, respectively. They were essentially the same device – except that the HP-67 was a 0.7-pound pocket calculator and the HP-97 was a 2.5-pound battery-powered desktop model with a built-in thermal printer.

“Calculator” is probably the wrong word for these devices. They were portable computers – in fact, they were truly personal computers, albeit with a custom microprocessor, one-line numeric display and only 224 bytes of programmable memory.

Although the form factors and key placement were different – and the HP-97 had the printer – both used the same programming language. Both models had a mag-card reader – and a program written on one could be used on the other without modification. This was unique.

In modern terms, the HP-67 and HP-97 were like handhelds and tablets sharing the same apps, like the iPhone and iPad, or Android phones and tablets.

No matter how far we’ve come, we’ve been here before. 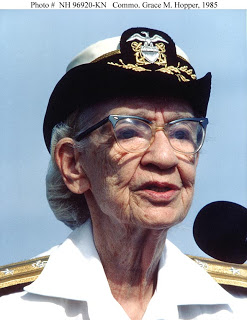 I don’t like the trend toward ‘brogrammers’ – that is, a very chauvinistic, juvenile attitude that seems to be creating a male-centric, female-exclusionary culture in software development departments – and across IT. It’s time to put an end to the put-downs, pin-ups, constant sports in-jokes and warfare metaphors, management by belittlement, and insulting locker-room attitude.

When I was a student studying math and computer science, nearly all of my fellow students, and nearly all of the faculty, were male. Although my idol was Admiral Grace Hopper, there were few Grace Hoppers in our profession to serve as role models for young women — or men.

Change came slowly. In the 1980s, nearly all writers of technical articles in computer magazines were male. Nearly all readers were mail. Nearly all attendees of technology conferences were male; the females at the show were almost exclusively marketers or booth babes.

Much has changed in the past few decades. For example, while the demographic research shows that most SD Times readers are male, the percentage of female readers is rising. The same is true of the technical conferences that our company produces. While female faces are still a minority, that is becoming less true every year, thanks in part to organizations like the Anita Borg Foundation.

That’s a good thing. A very good thing. Our fast-growing, demanding profession needs all the brainpower we can get. Women, we need you. Having female programmers on your team doesn’t mean that you need to buy pink mice and purple IDEs. It means that you have more top-notch architects, coders and testers, and you will create better software faster.

That’s why the so-called brogrammer trend is so infuriating. Why don’t managers and executives understand?

A few days ago, a female techie friend wrote to me in anger about a new website called Hot Tech Today which features short technology stories allegedly written by attractive young women posing in bikinis.

Let’s put our resources into changing the brogrammer culture. Let’s make our profession not only safe for females, but also inviting and friendly. That means ditching the inappropriate language, curbing the stupid jokes, stopping the subtle put-downs of the women in your organization, and having a zero-tolerance rule to anyone who creates a hostile work environment for anyone, regardless of gender, race, national origin or anything.

For more on this nasty trend, see:

• The Rise of the Brogrammer, by SD Times’ Victoria Reitano

• In tech, some bemoan the rise of the ‘brogrammer’ culture, by Doug Gross

• In war for talent, ‘brogrammers’ will be losers, by Gina Trapani