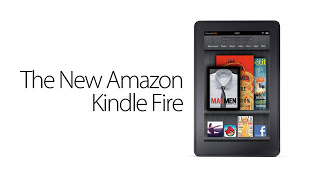 A friend of mine, Michael Willems, posted onto his blog, “…the more I see OS X Lion, Apple’s new OS, the less I like it. No – the more I hate it. It is a dumb downgrade, designed to make your powerful computer into a dumb iPad.”
Meanwhile, it’s clear that the user interface design of Microsoft’s Windows 8 operating system for desktops, notebooks and tablets, called Metro, is designed to mimic the user experience of the company’s smartphone operating system, Windows Phone 7.5.
This is a reversal of what we experienced with earlier versions of Windows-based phones. Remember the silliness of having a desktop-style user interface on a pocket device? Who wants to push the “Start” button on a phone?
Yet when it comes to innovation, it all seems to be starting on the phone or tablet, and continues right to the cloud – bypassing the desktop and also the traditional enterprise server.
Consider, for example:
• September 27: The rollout of Windows Phone 7.5 begins, and includes a Web Marketplace store. While most consumers won’t get their “Mango” for a little while yet, this shows that Microsoft is back in the game. I expect Mango-based phones to appeal to both consumers and developers. (There’s no Mango Tablet in sight; Microsoft’s tablets will run the Windows 8 desktop operating system, not the Windows Phone platform.)
• September 28: Amazon.com formally announces the Kindle Fire, a 7-inch Android tablet designed to both take on Apple’s iPad and drive business to Amazon’s store. The backend of the Kindle Fire’s new Silk browser and user experience is processing and storage in Amazon S3 and Amazon Web Services.
• October 4: That’s when Apple is expected to release its iOS 5 operating system and iPhone 5 handset. The biggest innovation in iOS 5 is iCloud, a massively revamped version of Apple’s rather pathetic MobileMe online service. iCloud provisions the iPad and iPhone directly — bypassing the iTunes desktop client.
Now, one might argue that all this consumer electronics stuff doesn’t matter. This is all about Amazon selling more books and movies, Google selling more ads, Apple selling more hardware, Microsoft selling more something-or-another. What does that have to do with enterprise software development, beyond making sure that if you’ve got some apps for your customers, partners and employees that they run correctly on those devices?
From an IT perspective, this matters a lot – because we’re losing control over our end-points. Ahh, for the good old days when mainframes ruled, and we issued our employees dumb terminals! Heck, I miss the days when IT set standards for desktops and notebooks. Today your coworkers are in the driver seat – choosing to use Macs or Windows (or Linux), picking out their own smartphones.
After our employees are seduced by Big Vendors’ marketing messages (and by brand loyalty, their favorite carriers and a broad selection of game apps) it’s our job to make it all work, which is increasingly challenging in a world filled with walled gardens.
Beyond HTML5, there’s little commonality in any of the mobile platforms. That’s our problem, of course, not the consumer’s problem.
See this article from the New York Times, “More Offices Let Workers Choose Their Own Devices.” Does this describe your organization? What effect does this have on you?
Z Trek Copyright (c) Alan Zeichick
September 30, 2011
https://alanzeichick.com/wp-content/uploads/xlarge_kindle-fire.jpg 180 320 Alan Zeichick https://alanzeichick.com/wp-content/uploads/alan-zeichick-logo.png Alan Zeichick2011-09-30 17:49:002013-09-26 05:45:20The mobile world is taking over the desktop – or is it? 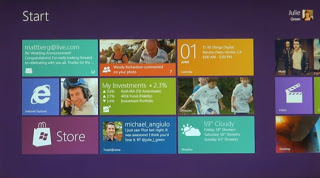 Something funny happened to me down at Microsoft’s Build conference, held this week in Anaheim, Calif. Something rare. Something unusual.
I wanted what I saw on the keynote stage, and I wanted it bad.
I’m talking about the new look-and-feel of Windows 8. The Metro user interface. The seamless transition that it encourages between devices in many different form factors – desktops, servers, tablets and phones. The user experience looks fresh and compelling, and frankly is the most innovative update that I’ve seen to a Microsoft desktop operating system since Windows 95.
As mentioned above, it’s rare for me to have that type of reaction. I didn’t have it upon seeing the first iPhone, for example. In fact, Apple has only done that two me twice, with the MacBook Air and the iPad. (Both of which I purchased promptly when they appeared in stores.)
In fact, I can only think of a few other times I had that reaction. Upon seeing the launch of a particular version of Mathematica (I forget which version). At the launch of the Cobalt Cube, an innovative small-business server that Sun Microsystems acquired and killed. Steve Jobs demonstrating the second-generation NeXT pizza-box workstation. Not many others.
Downloading and installing the Windows Developer Preview, including tools, onto one of my lab machines is on my todo list. (Microsoft gave every paid attendee at Build a Samsung tablet with the Win8 beta and tools preinstalled, but those were not offered to press attendees like yours truly.)
What about the developer angle? Microsoft appears to be making it easy to retrofit existing Windows applications to behave nicely within the new Metro user experience; in fact, the company claims that every app that runs under Windows 7 will run under Windows 8. (Presumably, that’s for Intel x32/x64 apps and not for ARM applications.) The Metro experience is driven by JavaScript with HTML, but can also be implemented using C#, C++ or Visual Basic using XAML. No rocket science there.
Another big push with Windows 8 is to HTML5. While Silverlight and other plug-ins will still be supported, and there’s indeed a strong commitment to Silverlight, the message was clear: HTML5 is the future. That’s welcome news, of course – with Apple also on the HTML5 bandwagon, it’s the safest bet in town.
Finally, there’s the push to touchscreens. Microsoft is using the touchscreen to differentiate Windows from Mac OS X. Apple has been very clear that (at least under Steve Jobs) that touchscreens were for mobile devices, and not for iMacs. A plethora of computers built for Windows 8 – including desktops and notebooks – will have touchscreens. Let’s see where this goes: If consumers choose Windows because of this, expect Apple to embrace the touch as well.
As for now – I look forward to seeing how well the developer preview runs on a four-year-old Asus X50RL laptop. Should be interesting!
Z Trek Copyright (c) Alan Zeichick
September 16, 2011
https://alanzeichick.com/wp-content/uploads/windows-8-metro-user-interface.jpg 178 320 Alan Zeichick https://alanzeichick.com/wp-content/uploads/alan-zeichick-logo.png Alan Zeichick2011-09-16 17:52:002013-09-26 05:45:20With Windows 8, Microsoft may have its mojo back 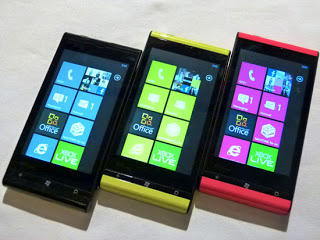 Last week I had a great hands-on demo of Mango, the forthcoming update to Windows 7 Phone. The user interface is stunning. The integration of social media into the user experience is fast and intuitive. The incorporation of functions like OCR, barcode scanning and even speech-to-text is seamless. I love how you can “pin” information to the home screen for fast access.
Meanwhile, a developer close to me is running the Apple iOS 5 beta on an iPhone 4 and an iPad. This beta doesn’t have a cute name like Mango, but the user experience is also considerably improved, with pop-up notifications, scroll-down alerts and lots of other cool stuff. You can learn about some of those features in Victoria Reitano’s story, “Top five features iOS 5 brings to the table.”
I’ve not had any hands-on exposure to the forthcoming Android version—codenamed “Ice Cream Sandwich.” But when it comes to features for both users and developers, the current version of Android has a good head start over the current iPhone software. You can see why in Dave Smith’s story, “Six areas where Android leads iOS.”
The upshot of this is that we’re living in a time of very rapid evolution of our mobile operating systems. It’s reminiscent, in many ways, of the very rapid evolution in browsers a decade ago.
Now, more than ever, your dev team should not be locked into one platform. Whether you’re cutting native code, using cross-platform frameworks or building mobile Web apps with HTML5, you need to be supporting Apple, Google and Microsoft.
Yes, Android has zoomed past iOS in terms of sales. Yes, Apple, even in the post-Jobs area, has the best mind-share. And yes, Microsoft is coming from behind. But this isn’t a three-horse race, because that would imply that there’s going to be one winner and two losers. Rather, this is like when the U.S. had the Big Three Automakers (GM, Ford and Chrysler) or the Big Three television networks (ABC, CBS and NBC). Unless something truly unforeseen happens, we’re going to be having these three platforms coexisting and overlapping for many years to come, dominating the industry.
Don’t bet on one. Support all three. That’s the way to your customers’, partners’ and employees’ hearts.
Z Trek Copyright (c) Alan Zeichick
September 12, 2011
https://alanzeichick.com/wp-content/uploads/Microsoft_Mango_Fujitsu_Toshiba_IS12T_thumb_550xauto_67612.jpg 240 320 Alan Zeichick https://alanzeichick.com/wp-content/uploads/alan-zeichick-logo.png Alan Zeichick2011-09-12 21:29:002013-09-26 05:45:20BetaCity: Windows Phone, Android, iOS and the shape of the mobile landscape