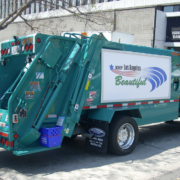 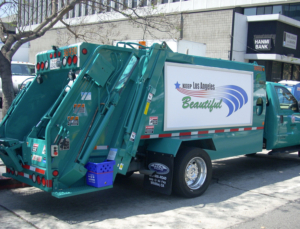 The trash truck rumbles down the street, and its cameras pour video into the city’s data lake. An AI-powered application mines that image data looking for graffiti—and advises whether to dispatch a fully equipped paint crew or a squad with just soap and brushes.

Meanwhile, cameras on other city vehicles could feed the same data lake so another application detects piles of trash that should be collected. That information is used by an application to send the right clean-up squad. Citizens, too, can get into the act, by sending cell phone pictures of graffiti or litter to the city for AI-driven processing.

Applications like these provide the vision for the Intelligent Internet of Things Integration Consortium (I3). This is a new initiative launched by the University of Southern California (USC), the City of Los Angeles, and a number of stakeholders including researchers and industry. At USC, I3 is jointly managed by three institutes: Institute for Communication Technology Management (CTM), Center for Cyber-Physical Systems and the Internet of Things (CCI), and Integrated Media Systems Center (IMSC).

“We’re trying to make the I3 Consortium a big tent,” says Jerry Power, assistant professor at the USC Marshall School of Business’s Institute for Communication Technology Management (CTM). Power serves as executive director of the consortium. “Los Angeles is a founding member, but we’re talking to other cities and vendors. We want lots of people to participate in the process, whether a startup or a super-large corporation.”

As of now, there are 24 members of the consortium, including USC’s Viterbi School of Engineering and Marshall School of Business. And companies are contributing resources. Oracle’s Startup for Higher Education program, for example, is providing $75,000 a year in cloud infrastructure services to support the I3 Consortium’s first three years of development work.

The I3 Consortium needs a lot of computing power. The consortium allows the cities to move beyond data silos where information is confined to individual departments, such as transportation and sanitation, to one where data flows among departments, can be more easily managed, and also lets cities use data contributions from residents or even other governmental or commercial data providers. That information is consolidated into a city’s data lake that can be accessed by AI-powered applications across departments.

The I3 Consortium will provide a vehicle to manage the data flow into the data lake. Cyrus Shahabi, a professor at USC’s Viterbi School of Engineering, and director of its Integrated Media Systems Center (IMSC), is using Oracle Cloud credits to create advanced computation applications that apply vast amounts of processing needed to train AI-based, deep learning neural networks and use real-time I3-driven data lakes to recognize issues, such as graffiti or garbage, that drive action.

Read more about the I3 Consortium in my story for Forbes, “How AI Could Tackle City Problems Like Graffiti, Trash, And Fires.”