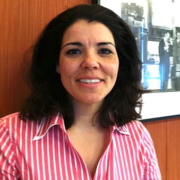 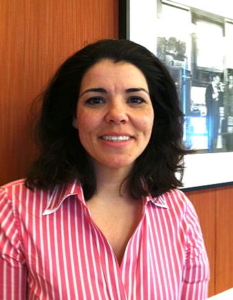 It’s so easy to relate to someone’s sorrows by saying, “Oh yes, that happened to me too.” A friend lost a job; well, you lost a job once. A friend lost a pet; well, your Fluffy got cancer and died. And speaking of cancer… or losing a parent or other loved one. It’s happening to your friend now, and you’ve got powerful personal stories to tell that will show your friend that you’ve been there too, and you know what she’s going through.

Don’t. Just don’t go there. You don’t know what she’s going through, and frankly, she doesn’t care about your loss right now.

That’s something I learned during a course in pastoral training: You relate to the person in pain by active listening. Not by telling your own stories. Ask questions: Tell me about your plans to find another job. What was something funny that Fido did? Can you tell me a story about your relationship with your aunt? What worries you most about getting chemo?

Now is not the time to say, “I’ve been there.” The grieving friend doesn’t want to hear about your dead dog. He wants to talk about his dead dog, or at least, sit quietly with you while he mourns. Sure, if he asks, “Have you been there,” say “Yes,” and talk briefly. But this isn’t a conversation. It’s not a give-and-take, where you each share stories. No, you help by listening, not by talking.

I’ve seen this first hand, in time I’ve spent with mourners — where the mourner feels trapped into listening to stories she doesn’t want to hear. This was never as well said as in a recent story, “The Mistake I Made with My Grieving Friend,” by Celeste Headlee:

A good friend of mine lost her dad some years back. I found her sitting alone on a bench outside our workplace, not moving, just staring at the horizon. She was absolutely distraught and I didn’t know what to say to her. It’s so easy to say the wrong thing to someone who is grieving and vulnerable. So, I started talking about how I grew up without a father. I told her that my dad had drowned in a submarine when I was only 9 months old and I’d always mourned his loss, even though I’d never known him. I just wanted her to realize that she wasn’t alone, that I’d been through something similar and could understand how she felt.

But after I related this story, my friend looked at me and snapped, “Okay, Celeste, you win. You never had a dad, and I at least got to spend 30 years with mine. You had it worse. I guess I shouldn’t be so upset that my dad just died.”

Read the story. And next time you’re tempted to share your own stories of loss with someone in pain… don’t.