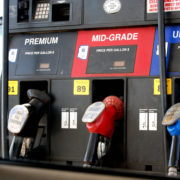 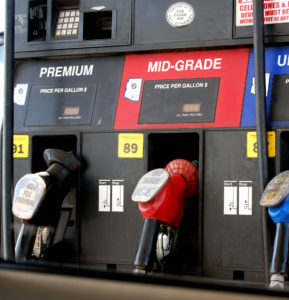 Criminals steal money from banks. Nothing new there: As Willie Sutton famously said, “I rob banks because that’s where the money is.”

Criminals steal money from other places too. While many cybercriminals target banks, the reality is that there are better places to steal money, or at least, steal information that can be used to steal money. That’s because banks are generally well-protected – and gas stations, convenience stores, smaller on-line retailers, and even payment processors are likely to have inadequate defenses — or make stupid mistakes that aren’t caught by security professionals.

Take TIO Networks, a bill-payment service purchased by PayPal for US$233 in July 2017. TIO processed more than $7 billion in bill payments last year, serving more than 10,000 vendors and 16 million consumers.

Hackers now know critical information about all 16 million TIO customers. According to Paymts.com, “… the data that may have been impacted included names, addresses, bank account details, Social Security numbers and login information. How much of those details fell into the hands of cybercriminals depends on how many of TIO’s services the consumers used.”

“The ongoing investigation has uncovered evidence of unauthorized access to TIO’s network, including locations that stored personal information of some of TIO’s customers and customers of TIO billers. TIO has begun working with the companies it services to notify potentially affected individuals. We are working with a consumer credit reporting agency to provide free credit monitoring memberships. Individuals who are affected will be contacted directly and receive instructions to sign up for monitoring.”

Another common place where money changes hands: The point-of-purchase device. Consider payment-card skimmers – that is, a hardware device secretly installed into a retail location’s card reader, often at an unattended location like a gasoline pump.

EMV chips, also known as chip-and-PIN or chip-and-signature, are named for the three companies behind the technology standards – Europay, MasterCard, and Visa. Chip technology, which is seen as a nuisance by consumers, has dramatically reduced the amount of fraud by generating a unique, non-repeatable transaction code for each purchase.

The rollout of EMV, especially in the United States, is painfully slow. Many merchants still haven’t upgraded to the new card-reader devices or back-end financial services to handle those transactions. For example, there are very few fuel stations using chips to validate transactions, and so pay-at-the-pump in U.S. is universally still dependent on the mag stripe reader. That presents numerous opportunities for thieves to install skimmers on that stripe reader, and be able to steal payment card information.

For an excellent, well-illustrated primer on skimmers and skimmer-related fraud at gas stations, see “As gas station skimmer card fraud increases, here’s how to cut your risk.” Theft at the point of purchase, or at payment processors, will continue as long as companies fail to execute solid security practices – and continue to accept non-EMV payment card transactions, including allowing customers to type their credit- or debit-card numbers onto websites. Those are both threats for the foreseeable future, especially since desktops, notebooks, and mobile device don’t have built-in EMV chip readers.

Crooks are clever, and are everywhere. They always have been. Money theft and fraud – no matter how secure the banks are, it’s not going away any time soon.

The FBI and Secret Service view of cyber criminals

Updating the Scrum agile process for 2017
Scroll to top