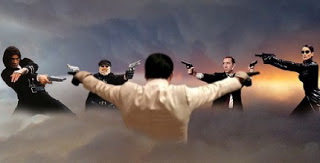 Microsoft’s woes are too big to ignore.

To quote from Nathan Ingraham’s recent story in The Verve,

Microsoft just announced earnings for its fiscal Q4 2013, and while the company posted strong results it also revealed some details on how the Surface RT project is costing the business money. Microsoft’s results showed a $900 million loss due to Surface RT “inventory adjustments,” a charge that comes just a few days after the company officially cut Surface RT prices significantly. This $900 million loss comes out of the company’s total Windows revenue, though its worth noting that Windows revenue still increased year-over-year. Unfortunately, Microsoft still doesn’t give specific Windows 8 sales or revenue numbers, but it probably performed well this quarter to make up for the big Surface RT loss.

Microsoft has spent heavily, and invested a lot of its prestige, in the Surface. It needs to fix Windows 8 and make this platform work.

Problem are number two: A dysfunctional structure. A recent story in the New York Times reminded me of this 2011 cartoon describing six tech company’s charts. Look at Microsoft. Yup.

Steve Ballmer, who has been CEO since 2000, is finally trying to do something about the battling business units. The new structure, announced on July 11, is called “One Microsoft,” and in a public memo by Ballmer, the goal is described as:

Going forward, our strategy will focus on creating a family of devices and services for individuals and businesses that empower people around the globe at home, at work and on the go, for the activities they value most.

Editing and restructuring the info in that memo somewhat, here’s what the six key non-administrative groups will look like:

Operating Systems Engineering Group will span all OS work for console, to mobile device, to PC, to back-end systems. The core cloud services for the operating system will be in this group.

Devices and Studios Engineering Group will have all hardware development and supply chain from the smallest to the largest devices, and studios experiences including all games, music, video and other entertainment.

Applications and Services Engineering Group will have broad applications and services core technologies in productivity, communication, search and other information categories.

Advanced Strategy and Research Group will be focused on the intersection of technology and policy, and will drive the cross-company looks at key new technology trends.

If implemented as described, this new organization should certainly eliminate waste, including redundant research and product developments. It might improve compatibility between different platforms and cut down on mixed messages.

Another concern is the movement of developer outreach into a separate group that’s organizationally distinct from the product groups. Will that distance Microsoft’s product developers from customers and ISVs? Maybe. Will the most lucrative products get better developer support? Maybe.

Microsoft has excelled in developer support, and I’d hate to see that suffer as part of the new strategy.

Read Steve Ballmer’s memo. What do you think?

May their memory be a blessing

Justice, justice, let us seek it together — Tzedek, tzedek, tirdof
Scroll to top