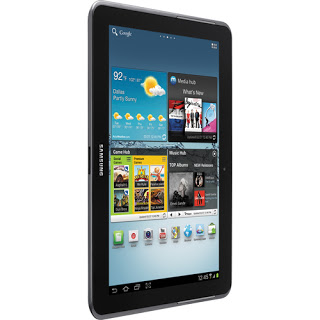 The jury is in: Samsung was found to have infringed upon Apple’s numerous mobile patents. The jury’s verdict form, handed down in the United States District Court in San Jose, Calif., found that in many cases that the “Samsung entity has diluted any Apple trade dress(es).” What’s more, Apple proved “by a preponderance of the evidence that the Samsung entity’s direction was willful.”

Ouch. This is the worst case scenario for Samsung. Forget about the US$1.049 billion in damages that Samsung is supposed to pay Apple. What this means is that the jury agreed with what everyone knew simply by looking at the hardware and playing with the software: the Samsung Galaxy Tab 10.1 is just like the iPad.

On the short term, this ruling is going have a chilling effect not only on Apple, but on every maker of Android devices. The more similar the devices are to Apple’s iOS phones and tablets, the more scared the hardware manufacturers are going to be. (That is, if the verdict stands and isn’t overturned on appeal.)

We can expect to see a lot of introspection within the Android ecosystem. Google, Samsung and the other device manufacturers will look close, really close, to make sure they stay away from the specific patents cited in this case.

We can expect to see software updates and hardware guidelines that will take Android devices farther from Apple’s devices.

On the short term – this will depress sales of Android devices. On the longer term, we will see a ton of innovation that will truly differentiate Android from iOS.

For too long, Android handset- and tablet-makers have been trying to get as close to the iPhone and iPad design as possible. It’s not laziness or a lack of technical savvy, in my opinion. It’s just that Apple has done such a good job of defining the smartphone and tablet that consumers expect that, well, that’s just how the platforms should work.

Salespeople want to sell Android devices that are identical to Apple devices, only less expensive.

Of course, with rumors that Apple is about to release a 7-inch iPad, the job of Android tablet companies is only going to get harder. In my own informal polling, folks who have purchased 7-inch tablets have done so mainly because Apple doesn’t sell one.

For the next year or so, Samsung and the whole Android community will fall back and retrench. That will involve unleashing innovation that may have been stifled, as they preferred to imitate the iOS designs instead of pushing their own ideas.

Imitation may be the most sincere form of flattery – but in the smartphone and tablet markets, imitation is off the table. For good.

A deep breath before the Yamim Noraim, the Days of Awe
Scroll to top