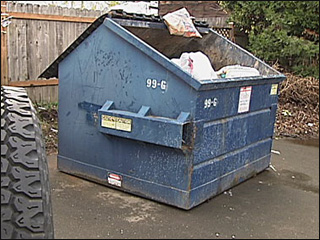 The Mono Project has been named to the 2011 SD Times 100 as an influencer. We recognize companies, organizations and projects in the SD Times 100 for their leadership and innovation in the previous calendar year, that is, 2010.
What Novell and the Mono team did last year was incredible, and they thoroughly deserve the SD Times 100 recognition. However, I am dismayed by what has happened to Mono in 2011 under its Novell’s new owners, Attachmate.
The full list of the 2011 SD Times 100 will be tweeted out on Wednesday, June 1. It’ll come from our account @SDTimes, or you can watch for hashtag #sdtimes100. However, based on what’s been going on with Mono, I wanted to talk about it today. Thus, the leak.
Capsule summary: The Mono project created an open-source runtime compatible with Microsoft’s .NET Common Language Runtime, as well as a clean-room implementation of .NET languages like C# and Visual Basic. Mono isn’t new: it was announced shortly after .NET itself a decade ago, and the version 1.0 runtime was released in 2004.
Over the past few years, Mono has picked up steam. There’s a lot of interest in the use of Mono for mobile development, such as in MonoTouch for the iPhone/iPad, and MonoDroid for Android. However, there are viable implementations of Mono for other non-Microsoft platforms as well.
The bulk of the work on Mono, under the leadership of Miguel de Icaza, has been done by Novell employees. Shortly after Attachmate completed its acquisition of Novell, those employees were all laid off.
A key enabler of Attachmate’s purchase was Microsoft. We can safely assume that Microsoft doesn’t like the idea of .NET applications running on anything except Windows.
So: Open-source project goes after Microsoft’s crown jewels. Novell drives that project forward. Attachmate (a Microsoft Gold Certified Partner) buys Novell. Microsoft gives gobs of money to Attachmate. Attachmate whacks the Mono team.
As my teenage son would say, “Duh.”
Frankly, I was caught off guard by this sudden move. At the end of April, in “Novell is gone, and yes, it matters. Here’s why,” I wrote that “My prediction: Under Attachmate, SUSE will flourish, and Mono will wither. I expect Mono to suffer intentional neglect, rather than a bold stroke, until it weakens, loses relevance and fades away.”
How very, very disappointing.
De Icaza is going to make a stab at keeping Mono alive and flourishing, with his new startup, Xamarin. This does require, however, significant rework to avoid Novell’s intellectual property. Let’s see what the state of Xamarin — and Mono — look like a year from now, and see if either earn a spot in the 2012 SD Times 100.
Z Trek Copyright (c) Alan Zeichick
May 23, 2011/1 Comment/by Alan Zeichick
https://alanzeichick.com/wp-content/uploads/trash.jpg 240 320 Alan Zeichick https://alanzeichick.com/wp-content/uploads/alan-zeichick-logo.png Alan Zeichick2011-05-23 11:19:002013-09-26 05:41:25Leaking the 2011 SD Times 100: The Mono Project
1 reply

Novell is (was) super-stodgy; Microsoft, not so much

Nobody is setting direction for our industry
Scroll to top