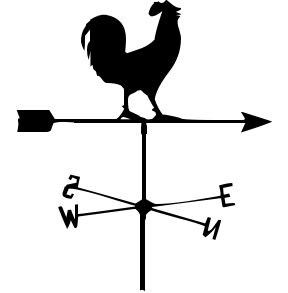 IBM’s market capitalization has surpassed Microsoft’s market cap – for the first time in 15 years. While both companies trail behind Apple, IBM has re-emerged to become the largest enterprise computing company. What does this mean? Let’s start by looking backwards.
If your computing career began in the 1970s, or perhaps back in the 1960s, your IT worldview most likely centered around International Business Machines. While there were many formidable but smaller players, like Digital, Data General, Prime or Burroughs, IBM was the real 800-pound gorilla.
In the early 1980s, it was IBM again, as the newfangled IBM Personal Computer entered the market – to the delight of well-heeled hobbyists and enthusiasts, and to the confusion of those of us who lived in glass houses. The best use we could think of for the IBM PC was to stick a board into it and use it as another terminal for accessing our IBM System/370 mainframe.
However, as IBM PCs gained important capabilities, such as persistent storage (hello, IBM PC XT and PC/AT!), we began to find lots of businesses uses. Not only could small organizations use the it and “PC Compatibles” to run their offices, but bigger corporations could leverage new categories of software like spreadsheets and desktop databases to drive productivity. In those days, of course, computer were used for data storage and computation. The idea of using it for communication (beyond terminal emulation) was still new; most PCs were either totally isolated or connected intermittently via modem.
Business software developers flocked to the IBM PC and its myriad knock-offs, in large part because those were the only computers they had access to. Dev tools for the PC, from compilers to linkers to debuggers, flourished.
But then Windows happened – and Microsoft demonstrated that it understood how to woo independent software developers far more than IBM did. Windows happened, OS/2 crashed and burned, and IBM PCs morphed into Windows desktops. Around that same time that folks stood in line to buy Windows 95, Microsoft’s market cap zoomed past IBM’s. The paradigm had shifted, and Microsoft, not IBM, set the industry’s direction.
Today: While Windows desktops and notebooks still rule the enterprise, the rise of the browser unshackled the hardware and operating system. It reminds me of my old mainframe era: It didn’t matter which make or model terminal you used to access the Big Iron, as long as it emulated a 3270, 5150 or VT-100.
According to Reuters, an investor putting $100,000 into both IBM and Microsoft stock 10 years ago would now have about $143,000 in IBM stock and about $69,000 in Microsoft stock.
This doesn’t mean that IBM is taking back the crown. It’s not that IBM is ascendent, it’s the Microsoft is no longer calling the shots.
So, if it’s not IBM and it’s not Microsoft… who is leading the enterprise technology industry? The answer, my friends is – nobody. It’s not Google. It’s not Oracle. It’s not Apple (who is certainly the trendsetter in high-tech consumer technology). It’s surely not Cisco or Intel or AMD or Amazon or SAP or any of the usual suspects.
Perhaps we’re all waiting for the dust to settle from cloud computing, or we’re in a transition phase for some other reason. But when it comes to enterprise IT, while there are certainly many interesting evolving trends, there’s no real leader. None at all.
Z Trek Copyright (c) Alan Zeichick
June 6, 2011/by Alan Zeichick
https://alanzeichick.com/wp-content/uploads/weather_vane.png 293 288 Alan Zeichick https://alanzeichick.com/wp-content/uploads/alan-zeichick-logo.png Alan Zeichick2011-06-06 22:58:002013-09-26 05:41:24Nobody is setting direction for our industry