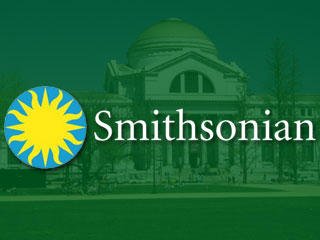 That headline in the New York Times’s Arts Beat section gave me pause. What type of Java objects are the historians upset about? Are Lara Croft or Indiana Jones going after some valuable POJOs or something?

The story made it clear that these Java objects aren’t instantiations of members of a class that contain their own state and inherited behaviors, but rather to valuable artifacts salvaged from a shipwreck near Indonesia. Oops. My bad.

My excuse: As I write this, Java is pretty high in my mental stack, thanks to our just-completed AnDevCon: The Android Developer Conference.The conference was a tremendous success, far exceeding our expectations for a debut event. (Mark your calendar for AnDevCon II, November 7-9, 2011, in the S.F. Bay Area.)

The bad news is that some of the classes were too crowded, and that the conference hotel’s wireless infrastructure buckled and collapsed under the strain of a myriad laptops and mobile devices. Even the local 3G carrier networks crumbled under the load.

The good news is that attendees learned a lot about Android development, many receiving their first real hands-on experience with Honeycomb – that’s Android 3.0, running on Motorola’s Xoom tablet. (My attempts to integrate a prototype Motorola tablet with a Canon EF 24-70 f/2.8L to create a Xoom lens were, alas, unsuccessful.)

But seriously: the post-Oracle-acquisition concerns that “Java is dead!” are washed away when you consider Android’s rapid trajectory. Oracle’s lawsuit notwithstanding, Java is in tremendous demand as the native language for Android apps. Sure, the installed base of iPhone handsets is huge, and when it coms to tablets, Apple’s iPad has a huge head. Not only that, but the faster and thinner iPad 2 is sure to sell well, even though it’s merely an incremental upgrade. {link to last week’s take} But the wind is currently at Android’s back.

As someone who keeps an iPhone 4 in one pocket and an HTC Evo in the other, clearly there are benefits to both platforms. It’s to our benefit as developers and consumers to have the Mobile Wars continue. Competition, innovation, that’s good for us, and good for the evolving markets.

Perhaps someday we’ll see Android phones being dug up by archeologists… and stored, together with the iPhone, in the Smithsonian. Wouldn’t that be something?

Responding to tragedy
Scroll to top