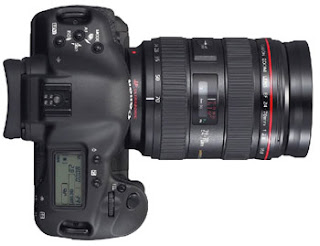 Proprietary multimedia formats annoy me. I don’t care if it’s DOCX or SWF or WMV or H.264 or CR2. I don’t like them, and wish they’d go away. Or at least, I wish they’d stay off the public Internet.

Software developers should not have to pay to be able to read or write data in a specific file format – or sign a license agreement.

Web developers and website owners should not have to choose file formats based on researching which browser makers have licensed which codecs.

I’m not talking about specific implementation of formats, whether it’s for documents, spreadsheets, audio files or multimedia files. I’m all in favor of both open-source and closed-source implementations of codecs and file interpreters. Rather, I’m talking about the openness of the file format itself.

As we increasingly encode vast quantities of data into digital files, we shouldn’t have to worry that the data itself is in a format owned by or controlled by a commercial entity. We should note cede control over which software can read and write data in those formats.

And we shouldn’t be forced to chose between “official” codecs vs. reverse-engineered codecs that may (or may not) be able to read the data correctly.

Take one file format close to my heart: CR2.That’s Canon’s proprietary file format for the raw images taken by its digital cameras.

Canon does not license the CR2 format to other companies. Therefore, when working with raw images, I must choose between Canon’s Digital Photo Professional picture-editing software, which can read CR2 but which I think is pretty poor, or top-shelf photo editing and workflow software like Adobe’s Lightroom and Photoshop (both of which I use) and Apple’s Aperture.

While Apple and Adobe did an excellent job reverse-engineering the CR2 file format, neither company can read and interpret the image-sensor data 100% accurately, and some image metadata is not available to their software.

This cheeses me off.

Not into cameras? We’re watching a bigger drama play out with Internet multimedia formats. It’s a huge drama, actually, since it affects many websites and, of course, rich media playing on mobile devices.

The development of HTML5 has been hampered because of the patent-protected nature of many of its component formats. One of its key components is the H.264 codec, developed by the Motion Pictures Expert Group. H.264, also known as MPEG-4 AVC, is widely known and used by many Internet developers, but it’s patented and must be licensed – which has been the basis of lawsuits.

Recently, Google decided to drop H.264 from its Chrome browser in favor of WebM, a newer specification that it’s been developing. WebM will be the core multimedia format on Android.

As I understanding it (see “FSF throws support behind WebM codec”), the word on the street is that WebM is pretty open. If that’s the case, then I support it. And I hope you do too – and wherever possible, shun any file format that’s restricted by patents.

Now, if only the fine folks at Canon (and Nikon) would understand that freeing their proprietary image file formats – and thus improving the ability of software like Lightroom, Photoshop and Aperture to handle their images – would be a competitive advantage, we’d all be better off.

Is Microsoft a fuddy-duddy company? Passé? Over the hill?
Scroll to top