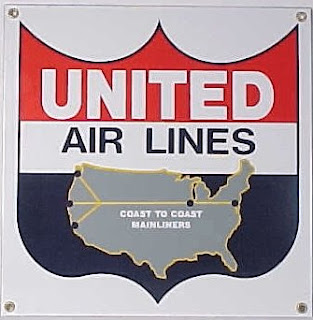 A few posts ago, I commented that United stopped using the slogan, “Fly the friendly skies,” which first appeared in 1965.

The new slogan, “It’s time to fly,” was introduced in 2004. According to the company, it “alludes to the obstacles business travelers face and United’s commitment to helping in the pursuit of personal and work-life success.”

That’s reminiscent of beer commercials that you see during the World Series or Superbowl. When you discuss them with your friends, nobody recalls which beer was being advertised. “It’s time to fly” is so bland, so vague, that there’s no particular reason to associate it with United Airlines or any other carrier.

With “Fly the friendly skies,” the marketers were claiming that United Airlines is friendly, and perhaps implying that its competitors aren’t. Wouldn’t you prefer to fly with a friend? Of course. But what does “It’s time to fly” mean? Is United saying that if you’re on American or British Airways, it isn’t time to fly? I don’t get it.

Like the other big carriers, United periodically changes its brand identity, including logos and aircraft livery. Aerosite has an interesting page about United’s brand evolution.

Why do I keep flying United Airlines?"Angling in Troubled Waters" is a wonderful map
Scroll to top