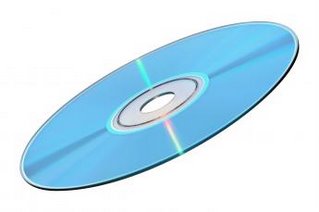 A fast car, lots of music, and a really good corned-beef sandwich, these are a few of my favorite things, and of those, music is the most prevalent. It’s part of my life nearly 24×7. At home, the radio is always playing. In the office, unless I’m on the phone, digital music is streaming from my Mac’s iTunes into a big Pioneer receiver. In the fast car, digital songs comes out of an iPod connected to an Alpine head unit.

Where does that digital music come from? CD-Audio discs – quite an extensive library, I’m proud to say, amassed over many years, and now fully ripped into iTunes. How much of my music was purchased from the iTunes Store? None whatsoever. And there’s none from any other digital music store either.

Why not? Because of digital rights management (DRM) software. As someone in the intellectual property business myself (as a writer and publisher), I respect the rights of IP creators to protect their work. But as the saying goes, your freedom to swing your arm ends when it impacts my nose.

As a consumer, I don’t trust DRM software to protect my purchases. I don’t trust any DRM system: not Apple’s FairPlay, not Microsoft DRM, not any number of open-source or commercial efforts.

I know that my physical CDs will be usable for years. How long will I be able to use music that’s encoded using a DRM system? One year? Five years? 20 years?

There are stories out right now about people who are having problems running iTunes after upgrading from Windows XP to Windows Vista: it seems that some iTunes users can’t see their purchased music without dancing through some workaround. Apple suggests that iTunes users wait for updated software before installing Windows Vista. Microsoft disagrees with that advice.

But this isn’t about Apple or Microsoft. What about Musicmatch and Yahoo? My colleague Larry O’Brien lost all the music he purchased from Musicmatch Universal after Yahoo bought it.

Guess which option Apple’s Steve Jobs prefers? Surprisingly, it’s the same one I do: the option that doesn’t have DRM. In a missive posted today, he explains that the iTunes Store uses DRM only because Universal, Sony BMG, Warner and EMI insist on DRM as a condition for his selling their music.

Jobs insists that because the only acceptable DRM systems (to those companies) must contain secret data (crypto keys), this limits his ability to license Apple’s FairPlay DRM system to other hardware or software makers:

“Apple has concluded that if it licenses FairPlay to others, it can no longer guarantee to protect the music it licenses from the big four music companies. Perhaps this same conclusion contributed to Microsoft’s recent decision to switch their emphasis from an “open” model of licensing their DRM to others to a “closed” model of offering a proprietary music store, proprietary jukebox software and proprietary players.”

“Imagine a world where every online store sells DRM-free music encoded in open licensable formats. In such a world, any player can play music purchased from any store, and any store can sell music which is playable on all players. This is clearly the best alternative for consumers, and Apple would embrace it in a heartbeat. If the big four music companies would license Apple their music without the requirement that it be protected with a DRM, we would switch to selling only DRM-free music on our iTunes store.”