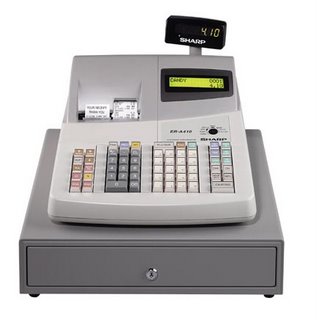 For the past week or so, Microsoft has been dribbling out press releases touting a benefit of Windows Vista: The upgrade will drive IT jobs and spending.

Today’s release brags that Windows Vista will generate US$10 billion in new revenue for the California IT industry in 2007, and will drive 16,000 new jobs in the state. This is based on research from IDC, which was sponsored (read: paid for) by Microsoft. I wrote about one part of that research on Dec. 12.

For someone’s revenue to increase, of course, someone else’s costs have to go up.

Microsoft and IDC have previously released proportionally similar figures for Massachusetts, New York, New Jersey and Florida. It’s fair to expect more states to be “researched,” and their increased IT costs touted as a Windows Vista benefit.

Now, is this increased IT cost a good thing? I would argue that while it’s a huge plus for California’s IT industry, it’s a huge minus for the people of California, who are expected to fork out $10 billion and hire 16,000 people to handle the migration from one version of an operating system to another. (I’m focusing on California here, but my comments apply elsewhere.)

IDC’s figures include the cost not only of migrating the operating system itself, but also of developing and deploying software updates required for Windows Vista, upgrading or replacing hardware, and so-on. Firms providing those services include (to quote from the IDC report):

According to IDC, this is terrific! To quote again,

This is good news for California. Over the next four years, software-related IT employment should grow by almost 150,000 jobs and be the sole reason IT-related jobs increase at all.

IDC says that in California alone, Microsoft will ship nearly 5 million copies of Windows Vista in 2007, and the company will make $500 million in this one state alone. Quoting IDC:

It’s hard to celebrate a software update when its creator boasts that it will increase the cost of IT. Isn’t newer technology supposed to save us money?