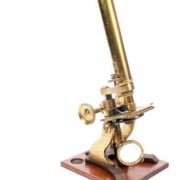 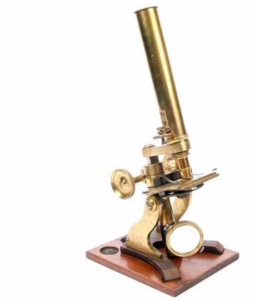 Microservices are a software architecture that have become quite popular in conjunction with cloud-native applications. Microservices allow companies to add or update new or existing tech-powered features more easily—and quite frequently even reduce the operating expenses of a product. A microservices approach does this by making it easier to update a large, complex program without revising the entire application, thereby accelerating the process of software updates.

Think about major enterprise software such as a customer management application. Such programs are often written as a single, monolithic application. Instead, some parts of that application could be considered as neatly encapsulated functionality, such as the function that talks to an order-processing database to create a new order.

In the microservices architecture, developers could write that order-processing service, including its state, into its own program—a loosely-coupled service. The main customer management application would consist of many of those services and interact using the service’s applications programming interfaces (APIs). Here’s what you need to know about the business advantages from a microservices architectural approach, according to Boris Scholl, vice president of development for microservices at Oracle.

1. Microservices can let you add new features faster to your company’s vital applications

Microservices can reduce complexity for your main enterprise applications. By encapsulating each business scenario, such as ordering a product or shopping card functionality into its own services, the code base becomes smaller, easier to maintain and easier to test. When you want to add or update a feature, “you can go faster by updating the service, as opposed to having to change the functionality of a very large project,” says Scholl.

Managing and connecting these many microservices might sound complex. However, “we are lucky that the microservices technology is evolving so fast there are infrastructures and platforms that make the heavy lifting easier,” Scholl says.

Developers can use the programming languages, tools and frameworks that are best suited for each service. Those may not be the same languages, tools and platforms used for other services. For example, consider how you apply a new idea, like today’s machine learning capability, to a customer management program. If the customer management program is built with a monolithic approach using a specific language, it will be very hard to easily integrate the new functionality—not to mention you are bound to the language, framework and even version used in the monolithic application.

However, with a microservices approach, developers might write a machine learning-focused service in the Scala language. They might run that service in a specialized AI-based cloud service that has the hardware speed needed to process huge datasets. That Scala-based service gets easily integrated with the rest of the customer application that might be written in Java or some other language. “You get cost savings because you can use a different technology stack for each service,” says Scholl. “You can use the best technology for the service.”

3. Each part of an application written with microservices can have its own release cadence

This feature relates to speed and also control and governance, which can be important to highly regulated industries. “Perhaps some parts of your application can be updated yearly and that fits your needs,” says Scholl. “Other parts might need to be updated more often, if you are looking to be agile and react faster to the market or to take advantage of new technology.”

Let’s go back to the data analytics and machine learning example. Perhaps new machine-learning technology has become available, allowing data analytics to run in seconds instead of minutes. That opportunity can be exploited by updating the data-analytics microservices. Or say an order-processing system was moved from an on-premises database to a cloud database. In a microservices architecture, all the developers would need to do is update the service that accesses that order processing; the rest of the customer-management application would not need to be changed.

“Think about where you need to update more frequently,” says Scholl. “If you can identify those components that should be on a different release cycle, break off that functionality into a new service. Then, use an API to let that new service talk to the rest of your application.”

Read more, including about scalability and organizational agility, in my essay for the Wall Street Journal, “Tech Strategy: 5 Things CEOs Should Know About Microservices.”

The perfect sport for CEOs
Scroll to top