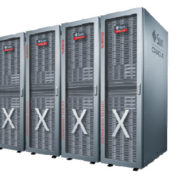 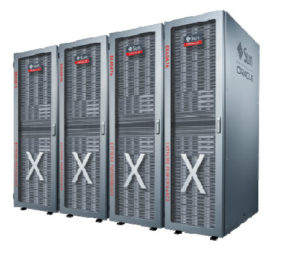 Don’t be misled by the name: Serverless cloud computing contains servers. Lots of servers. What makes serverless “serverless” is that developers, IT administrators and business leaders don’t have to think about those servers. Ever.

In the serverless model, online computing power gets tapped automatically only at the moment it’s needed. This can save organizations money and, just as importantly, make the IT organization more agile when it comes to building and launching new applications. That’s why serverless has the potential to be a game-changer for enterprise.

“Serverless is the next logical step for computing,” says Bob Quillin, Oracle vice president of developer relations. “We went from a data center where you own everything, to the cloud with shared servers and centralized infrastructure, to serverless, where you don’t even care about the servers themselves.”

In the serverless model, developers write and deploy what are called “functions.” Those are slimmed-down applications that take one action, such as processing an e-commerce order or recording that a shipment arrived. They run those functions directly on the cloud, using technology that eliminates the need to manage the servers, since it delivers computing power the moment that a function gets called into action.

Both the economics and the speed-of-development benefits of serverless cloud computing are compelling. Here are four CEO-level insights from Quillin for thinking about serverless computing.

First: Serverless can save real money. In the old data center model, says Quillin, organizations had to buy and maintain expensive servers, infrastructure and real estate.

In a traditional cloud model, organizations turn that capital expense into an operating one by provisioning virtualized servers and infrastructure. That saves money compared with the old data center model, Quillin says, but “you are typically paying for compute resources that are running all the time—in increments of CPU hours at least.” If you create a cluster of cloud servers, you don’t typically build it up and break it down every day, and certainly not every hour, as needed. That’s just too much management and orchestration for most organizations.

Serverless, on the other hand, essentially lets you pay only for exactly the time that a workload runs. For closing the books, it may be a once-a-month charge for a few hours of computing time. For handling transactions, it might be a few tenths of a second whenever a customer makes a sale or an Internet of Things (IoT) device sends data.

For the rest of the list, and the full story, see my essay for the Wall Street Journal, “4 Things CEOs Should Know About Serverless Computing.”

How transformative is DevOps? Well, it depends

No lessons learned from cloud security breaches
Scroll to top