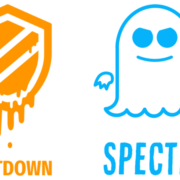 Spectre and Meltdown are two separate computer security problems. They are often lumped together because they were revealed around the same time – and both exploit vulnerabilities in many modern microprocessors. The website MeltdownAttack, from the Graz University of Technology, explains both Spectre and Meltdown very succinctly – and also links to official security advisories from the industry:

Spectre breaks the isolation between different applications. It allows an attacker to trick error-free programs, which follow best practices, into leaking their secrets. In fact, the safety checks of said best practices actually increase the attack surface and may make applications more susceptible to Spectre. Spectre is harder to exploit than Meltdown, but it is also harder to mitigate. However, it is possible to prevent specific known exploits based on Spectre through software patches.

For now, nearly everyone is dependent on microprocessor makers and operating system vendors to develop, test, and distribute patches to mitigate both flaws. In the future, new microprocessors should be immune to those exploits – but because of the long processor developing new processors, we are unlikely to see computers using such next-generation processors available for several years.

Just about everything is affected by these flaws. Says the Graz University website:

Which systems are affected by Spectre? Almost every system is affected by Spectre: Desktops, Laptops, Cloud Servers, as well as Smartphones. More specifically, all modern processors capable of keeping many instructions in flight are potentially vulnerable. In particular, we have verified Spectre on Intel, AMD, and ARM processors.

Ignore Spectre and Meltdown at your peril.

Many techies are involved in trying to handle the Spectre and Meltdown issues. So are attorneys. Intel alone has indicated dozens of lawsuits in its annual report filing with the U.S. Securities asnd Exchange Commission:

Given that there are many microprocessor makers involved (it’s not only Intel, remember), expect lots more patches. And lots more lawsuits.

Smartphones are all about the camera nowadays
Scroll to top