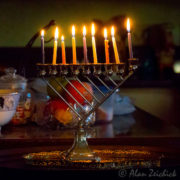 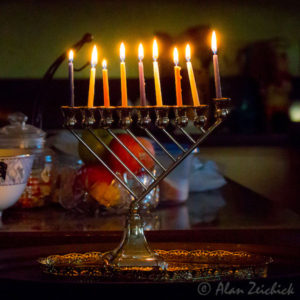 “Thou shalt not refer winkingly to my taking off my robe after worship as disrobing.” A powerful essay by Pastor Melissa Florer-Bixler, “10 commandments for male clergy,” highlights the challenges that female clergy endure in a patriarchal tradition — and one in which they are still seen as interlopers to church/synagogue power. And in this era of #metoo, it’s still not easy for women in any aspect of leadership, including Jewish leadership.

In my life and volunteer work, I have the honor to work with clergy. Many, but not all, are rabbis and cantors who come from the traditions of Reform Judaism. Quite a few are women. I also work with female Conservative and Reconstructionist rabbis and cantors, as well as female pastors and ministers. And of course, there are lots of male clergy from those traditions as well as the male-only Orthodox Jewish and Roman Catholic domains.

Congregations, schools, seminaries, communities, and non-profits enjoy abundant blessings when employing and engaging with female clergy. However, that doesn’t mean that women clergy are always seen as first-class members of their profession, or that they are treated with the same respect as their male counterparts.

There are too many assumptions, says Pastor Florer-Bixler, who ministers at the Raleigh Mennonite Church. Too many jokes. Too many subtle sexist put-downs. I’ve heard those myself. To be honest, there are some jokes and patronizing assumptions that I’ve made myself. While always meant kindly, my own words and attitude contributed to the problem. In her essay, Pastor Florer-Bixler writes about mansplaining, stereotypes, and the unspoken notion that religious institutions are essentially masculine:

In her recent lecture-essay “Women in Power: From Medusa to Merkel,” Mary Beard describes the pervasiveness of the cultural stereotype that power — from the halls of ancient Greece to the modern parliament — is masculine.

She cites a January 2017 article in The London Times about women front-runners for the positions of bishop of London, commissioner of the Metropolitan Police and chair of the BBC governing board. The headline read: “Women prepare for a power grab in church, police and BBC.”

Beard points out that “probably thousands upon thousands of readers didn’t bat an eyelid” at the suggestion that those seats of power were the property of men — possessions being “grabbed,” that is, taken away, by women.

Pastor Florer-Bixler writes about sexism, and I cringe at having seen many of these behaviors, and not speaking out.

Drawing attention to pregnancy, making sexualizing comments about “disrobing,” suggesting that a clergywoman should smile more, describing a female pastor’s voice as “shrill” — all expose the discomfort that men feel about women in “their” profession.

More than just ridiculous humiliations, these stereotypes affect the ministries and careers of women in church leadership. One colleague discovered that a pastor search committee was told that for the salary they were offering, they should expect only women to be willing to serve. The committee was livid — not at the pay gap but at the idea that they would have to consider only women.

We must do better

Pastor Florer-Bixler offers some suggestions for making systemic improvements in how we — male clergy, lay leaders, everyone — should work with female clergy.

Men have all-male theological traditions and ministerial roles to which they can retreat. Not so female pastors.

If a woman stands up to this patriarchal tradition, she faces the accusation of intolerance. Women should not be expected to “get along” with sexist individuals, theologies, practices and institutions as if this were a price to be paid for church unity.

What is the way forward? For one, men must do better. When male pastors co-opt ideas that have come from female colleagues, they must reassign the insights. When they learn of pay gaps, they must address them.

When female clergy are outtalked or overtalked, male pastors must name the imbalance. They must read the sermons, theology and books of women. And decline to purchase books written by men who exclude women from the pulpit.

Women are addressing this as we always have: through constant negotiation between getting the job done and speaking out against what is intolerable. In the meantime, we create spaces where women can begin to speak the truth of our power to one another. For now, this is what we have.

The way forward will unquestioningly be slow, but we must be part of the solution. Let’s stop minimizing the problem or leaving it for someone else. Making a level playing field is more than men simply agreeing not to assault women, and this is not an issue for female clergy to address. Sexism is everyone’s issue. All of us must own it. And I, speaking as a male lay leader who works with many female clergy, pledge to do better.