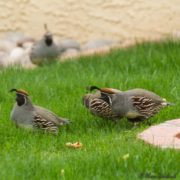 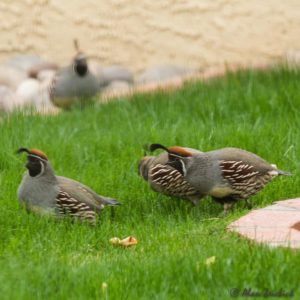 Man-in-the-Middle (MITM or MitM) attacks are about to become famous. Famous, in the way that ransomware, Petya, Distributed Denial of Service (DDoS), and credit-card skimmers have become well-known.

MITM attacks go back thousands of years. A merchant writes a parchment offering to buy spices, and hands it to a courier to deliver to his supplier in a far-away land. The local courier hands the parchment to another courier, who in turns hands it to another courier, and so-on, until the final courier gives the parchment to the supplier. Unbeknownst to anyone, however, one of the couriers was a swindler who might change the parchment to set up a fraud, or who might sell details of the merchant’s purchase offer to a competitor, who could then negotiate a better deal.

In modern times, MITM takes advantage of a weakness in the use of cryptography. Are you completely sure who you’re set up that encrypted end-to-end message session with? Perhaps it’s your bank… or perhaps it’s a scammer, who to you looks like your bank – but to your bank, looks like you. Everyone thinks that it’s a secure communications link, but the man-in-the-middle sees everything, and might be able to change things too.

In cryptography and computer security, a man-in-the-middle attack (MITM; also Janus attack) is an attack where the attacker secretly relays and possibly alters the communication between two parties who believe they are directly communicating with each other.

We haven’t heard much about MITM attacks, because, quite frankly, they’ve not been in the news associated with breaches. That changed recently, when Fox-IT, a cybersecurity firm in Holland, was nailed with one. Writing on their blog on Dec. 14, 2017, the company said:

In the early morning of September 19 2017, an attacker accessed the DNS records for the Fox-IT.com domain at our third party domain registrar. The attacker initially modified a DNS record for one particular server to point to a server in their possession and to intercept and forward the traffic to the original server that belongs to Fox-IT. This type of attack is called a Man-in-the-Middle (MitM) attack. The attack was specifically aimed at ClientPortal, Fox-IT’s document exchange web application, which we use for secure exchange of files with customers, suppliers and other organizations. We believe that the attacker’s goal was to carry out a sustained MitM attack.

The company pointed to several weaknesses in their security setup that allowed the attack to succeed. The DNS provider’s password hadn’t been changed since 2013; two-factor authentication (2FA) wasn’t used or even supported by the DNS provider; and heavier-than-usual scans from the Internet, while detected by Fox-IT, weren’t flagged for investigation or even extra vigilance.

How To Prevent MITM Attacks

After a timeline discussion and more technical analysis, Fox-IT offered suggestions on how to handle such incidents, and I quote:

It’s a shame about Fox-IT’s breach, but the company responded correctly and promptly once the breach was detected. This is the first serious instance of a successful MITM attack I’ve heard about in some time – but probably won’t be the last.

Updating the Scrum agile process for 2017