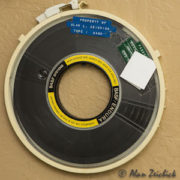 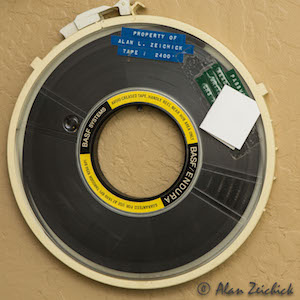 About a decade ago, I purchased a piece of a mainframe on eBay — the name ID bar. Carved from a big block of aluminum, it says “IBM System/370 168,” and it hangs proudly over my desk.

My time on mainframes was exclusively with the IBM System/370 series. With a beautiful IBM 3278 color display terminal on my desk, and, later, a TeleVideo 925 terminal and an acoustic coupler at home, I was happier than anyone had a right to be.

We refreshed our hardware often. The latest variant I worked on was the System/370 4341, introduced in early 1979, which ran faster and cooler than the slower, very costly 3031 mainframes we had before. I just found this on the IBM archives: “The 4341, under a 24-month contract, can be leased for $5,975 a month with two million characters of main memory and for $6,725 a month with four million characters. Monthly rental prices are $7,021 and $7,902; purchase prices are $245,000 and $275,000, respectively.” And we had three, along with tape drives, disk drives (in IBM-speak, DASD, for Direct Access Storage Devices), and high-speed line printers. Not cheap!

Our operating system on those systems was called Virtual Machine, or VM/370. It consisted of two parts, Control Program and Conversational Monitoring System. CP was the timesharing operating system – in modern virtualization terms, the hypervisor running on the bare metal. CMS was the user interface that users logged into, and provide access to not only a text-based command console, but also file storage and a library of tools, such as compilers. (We often referred to the platform as CP/CMS).

Thanks to VM/370, each user believed she had access to a 100% dedicated and isolated System/370 mainframe, with every resource available and virtualized. (I.e., she appeared to have dedicated access to tape drives, but they appeared non-functional if her tape(s) weren’t loaded, or if she didn’t buy access to the drives.)

My story about mainframes isn’t just reminiscing about the time of dinosaurs. When programming those computers, which I did full-time in the late 1970s and early 1980s, I learned a lot of lessons that are very applicable today. Read all about that in my article for HP Enterprise Insights, “4 lessons for modern software developers from 1970s mainframe programming.”

DevOps is the future of enterprise software development, because cloud comp...