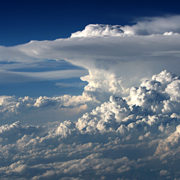 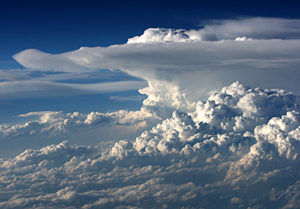 To get the most benefit from the new world of cloud-native server applications, forget about the old way of writing software. In the old model, architects designed software. Programmers wrote the code, and testers tested it on test server. Once the testing was complete, the code was “thrown over the wall” to administrators, who installed the software on production servers, and who essentially owned the applications moving forward, only going back to the developers if problems occurred.

The new model, which appeared about 10 years ago is called “DevOps,” or developer operations. In the DevOps model, architects, developers, testers, and administrators collaborate much more closely to create and manage applications. Specifically, developers play a much broader role in the day-to-day administration of deployed applications, and use information about how the applications are running to tune and enhance those applications.

The involvement of developers in administration made DevOps perfect for cloud computing. Because administrators had fewer responsibilities (i.e., no hardware to worry about), it was less threatening for those developers and administrators to collaborate as equals.

In that old model of software development and deployment, developers were always change agents. They created new stuff, or added new capabilities to existing stuff. They embraced change, including new technologies – and the faster they created change (i.e., wrote code), the more competitive their business.

By contrast, administrators are tasked with maintaining uptime, while ensuring security. Change is not a virtue to those departments. While admins must accept change as they install new applications, it’s secondary to maintaining stability. Indeed, admins could push back against deploying software if they believed those apps weren’t reliable, or if they might affect the overall stability of the data center as a whole.

With DevOps, everyone can embrace change. One of the ways that works, with cloud computing, is to reduce the risk that an unstable application can damage system reliability. In the cloud, applications can be build and deployed using bare-metal servers (like in a data center), or in virtual machines or containers.

DevOps works best when software is deployed in VMs or containers, since those are isolated from other systems – thereby reducing risk. Turns out that administrators do like change, if there’s minimal risk that changes will negatively affect overall system reliability, performance, and uptime.

Goodbye, CapEx, hello, OpEx. Cloud computing moves enterprises from capital-expense data centers (which must be built, electrified, cooled, networked, secured, stocked with servers, and refreshed periodically) to operational-expense service (where the business pays monthly for the processors, memory, bandwidth, and storage reserved and/or consumed). When you couple those benefits that with virtual machines, containers, and DevOps, you get:

The technologies used in creating cloud-native applications are evolving rapidly. Containers, for example, are relatively new, yet are becoming incredibly popular because they require 4x-10x fewer resources than VMs – thereby slashing OpEx costs even further. Software development and management tools, like Kubernetes (for orchestration of multiple containers), Chef (which makes it easy to manage cloud infrastructure), Puppet (which automates pushing out cloud service configurations), and OpenWhisk (which strips down cloud services to “serverless” basics) push the revolution farther.

Sinking sensation: Protecting the Internet of Ships from cyberattack