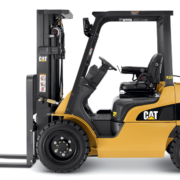 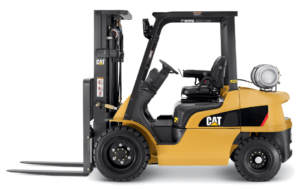 Those are two popular ways of migrating enterprise assets to the cloud:

Gartner’s definition: “Lift-and-shift means that workloads are migrated to cloud IaaS in as unchanged a manner as possible, and change is done only when absolutely necessary. IT operations management tools from the existing data center are deployed into the cloud environment largely unmodified.”

There’s no wrong answer, no wrong way of proceeding. Some data center applications (including servers and storage) may be easier to move than others. Some cloud-native apps may be easier to write than others. Much depends on how much interconnectivity there is between the applications and other software; that’s why, for example, public-facing websites are often easiest to move to the web, while tightly coupled internal software, such as inventory control or factory-floor automation, can be trickier.

That’s why in some cases, a hybrid strategy is best. Some parts of the applications are moved up to the cloud, while others remain in the data centers, with SD-WANs or other connectivity linking everything together in a secure manner.

In other words, no one size fits all. And no one timeframe fits all, especially when it comes to lifting-and-shifting.

A recent survey from the Oracle Applications User Group (OAUG) showed that 70% of respondents who have plans to adopt Oracle Cloud solutions will do so in the next three years. About 35% plan to implement Software-as-a-Service (SaaS) solutions to run with their existing Oracle on-premises installations and 29 percent planning to use Platform-as-a-Service (PaaS) services to accelerate software development efforts in the next 12 months.

Joe Paiva, CIO of the U.S. Commerce Department’s International Trade Administration (ITA), is a fan of lift-and-shift. He said at a cloud conference that “Sometimes it makes sense because it gets you there. That was the key. We had to get there because we would be no worse off or no better off, and we were still spending a lot of money, but it got us to the cloud. Then we started doing rationalization of hardware and applications, and dropped our bill to Amazon by 40 percent compared to what we were spending in our government data center. We were able to rationalize the way we use the service.” Paiva estimates government agencies could save 5%-15% using lift-and-shift.

The benefits of moving existing workloads to the cloud are almost entirely financial. If you can shut down a data center and pay less to run the application in the cloud, it’s can be a good short-term solution with immediate ROI. Gartner cautions, however, that lift and shift “generally results in little created value. Plus, it can be a more expensive option and does not deliver immediate cost savings.” Much depends on how much it costs to run that application today.

A Multi-Track Process for Cloud Migration

The real benefits of new cloud development and deployment architectures take time to realize. For many organizations, there may be a multi-track process:

First track: Lift-and-shift existing workloads that are relatively easy to migrate, while simultaneously writing cloud-native applications for new projects. Those provide the biggest and fastest return on investment, while leaving data center workloads in place and untouched.

Second track: Write cloud-native applications for the remaining data-center workloads, the ones impractical to migrate in their existing form. These will be slower, but the payoff would result in the ability to turn off some or all existing data centers – and eliminating their associated expenses, such as power and cooling, bandwidth, and physical space.

Third track: At some point, revisit the lifted-and-shifted workloads to see which would significantly benefit from being rewritten as cloud-native apps. Unless there is an order of magnitude increase in efficiency, or significant added functionality, the financial returns won’t be high – or may be nonexistent. For some applications, it may never make sense to redesign and rewrite them in a cloud-native way. So, those old enterprise applications may live on for years to come.