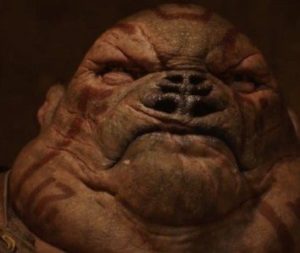 We saw “Valerian and the City of a Thousand Planets” and thoroughly enjoyed it. It was far better than the professional reviews; yes, the plot was a bit convoluted, and the yes, the romance between the major and the sergeant seemed forced and cheesy… but it was good fun. (And the romance was far less cheesy than that between whiny teenager Anakin Skywalker and Senator Amidala.)

In many ways, “Valerian” reminded me of Luc Besson’s masterpiece, “The Fifth Element.” It, too, had a hero with amazing warfighting abilities, strange aliens, an incompetent military, and an overly complex plot. Both movies are divided into distinct episodes with poor transitions between them.

In addition, several elements in “Valerian” reminded me of other science fiction movies. Of course, there are only so many ways to depict things, but still, it was jarring. By the way, I loved the movie’s opening sequence which shows the formation of the Alpha space station, and how it attracted so many diverse inhabitants.

My hope is that this list doesn’t give away spoilers, but consider yourself warned.

The people of Mül — appearance, voice, and gentle behavior, both the Na’vis of Avatar, and the tall, bald, light-skinned Cloners of Kamino (Star Wars).

The spacesuits — Star Lord’s spacesuit (Guardians of the Galaxy).

The starship Alex — appearance, the Millennium Falcon (Star Wars); the AI supercomputer, the starship Nell (Battle Beyond the Stars).

The three pelican informants — the worm guys (Men in Black).

The hero — had the same rank as Major Korben Dallas (The Fifth Element).

Can you think of others?

Lloyds of London tallies the billion-dollar cost of extreme cyberattacks