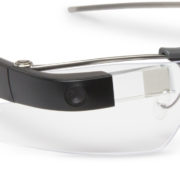 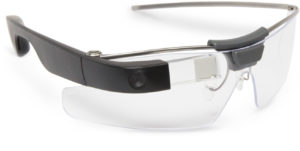 Virtual reality and augmented reality are the darlings of the tech industry. Seemingly every company is interested, even though one of the most interested AR products, Google Glass, crashed and burned a few years ago.

Both AR and VR have been around for decades, although the technology has become smaller and less expensive. There are consumer-oriented devices, such as the Oculus, and many professional systems. Drivers for the success of AR and VR are more powerful computing devices (such as smartphones and game consoles), and advances in both high-resolution displays and motion sensors for goggles.

That doesn’t mean that AR/VR are the next Facebook or Instagram, though both those companies are looking at AR/VR. According to a study, “VR/AR Innovation Report,” presented by the UBM Game Network, VR’s biggest failures include a lack of subsidized hardware enterprise applications, and native VR experiences. The gear is too expensive, developers say, and manufacturers are perceived to have failed in marketing VR systems and software.

It’s well known that if the VR hardware doesn’t work exactly right. If image motion is not properly synchronized to head motion, many VR users experience nausea. That’s not good. To quote from the UBM study:

Notably, we saw that many still feel like VR’s greatest unsolved problem is the high risk of causing nausea and physical discomfort.

That doesn’t mean that VR and AR are worthless. Pokemon Go, which was a hit a few summers ago, demonstrated that AR can engage consumers without stereo goggles. Google Earth VR provides immersive mapping experiences.

The hardware is also moving forward. A startup in Helsinki, called Varjo, made a breakthrough in optimizing goggles for AR and VR. They are addressing the challenge that if you make the resolution low on the goggles so that you can refresh the image quickly, it doesn’t look realistic. But if you increase the resolution to match that of the human eye, it’s harder to drive the image seamlessly in real time.

Varjo’s answer is to see where the eye is looking – using a technology called gaze tracking – and seamlessly drive that part of the display in super-high resolution. Where you’re not looking? That can be at a lower resolution, to provide context. Varjo says they can shift the high-resolution spot as fast as you can move your eye – and by tracking the gaze on both eyes, they can see if you are looking at virtual objects “close” or “far away.” The result, Varjo claims, is a display that’s about 35x higher resolution than other commercial systems, without nausea.

Varjo is focusing on the professional marketing with headsets that will cost thousands (not hundreds) of dollars when they ship at the end of 2017. However, it shows the promise of realistic, affordable AR/VR technology. Augmented reality and virtual reality are becoming more real every day.

Just say No to Flash, CNN

It’s time for some butterfly color
Scroll to top