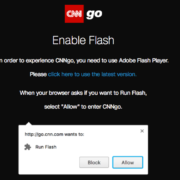 CNN didn’t get the memo. After all the progress that’s been made to eliminate the requirement for using Adobe’s Flash player by so many streaming-media websites, CNNgo still requires the problematic plug-in, as you can see by the screen I saw just a few minutes ago. 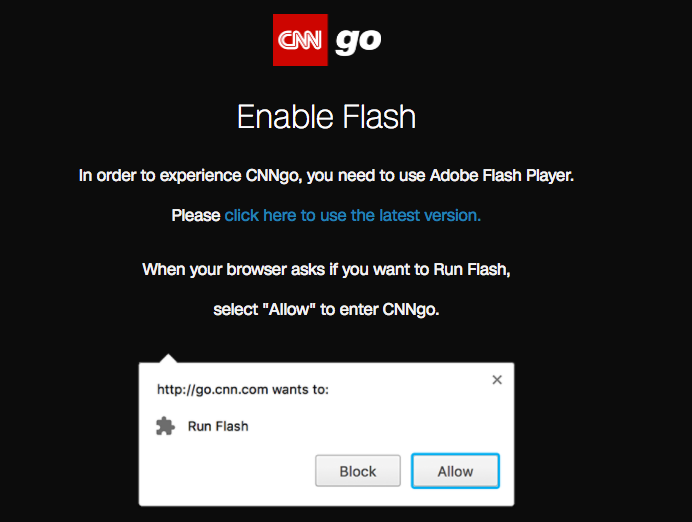 Have you not heard of HTML5, oh, CNN programmers? Perhaps the techies at CNN should read “Why Adobe Flash is a Security Risk and Why Media Companies Still Use it.” After that, “Gone in a Flash: Top 10 Vulnerabilities Used by Exploit Kits.”

And yes, there were more critical patches issued on June 13, 2017. Flash. Just say no. Goodbye, CNNgo, until you stop requiring that prospective customers utilize such a buggy, flawed media player.

And no, I didn’t enable the use of Flash. Guess I’ll never see what CNN wanted to show me. No great loss.

Gila Woodpecker on a hummingbird feeder