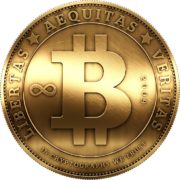 The word went out 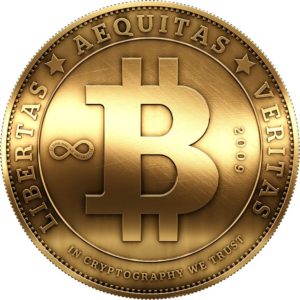 Wednesday, March 22, spreading from techie to techie. “Better change your iCloud password, and change it fast.” What’s going on? According to ZDNet, “Hackers are demanding Apple pay a ransom in bitcoin or they’ll blow the lid off millions of iCloud account credentials.”

A hacker group claims to have access to 250 million iCloud and other Apple accounts. They are threatening to reset all the passwords on those accounts – and then remotely wipe those phones using lost-phone capabilities — unless Apple pays up with untraceable bitcoins or Apple gift cards. The ransom is a laughably small $75,000.

According to various sources, at least some of the stolen account credentials appear to be legitimate. Whether that means all 250 million accounts are in peril, of course, is unknowable.

Apple seems to have acknowledged that there is a genuine problem. The company told CNET, “The alleged list of email addresses and passwords appears to have been obtained from previously compromised third-party services.” We obviously don’t know what Apple is going to do, or what Apple can do. It hasn’t put out a general call, at least as of Thursday, for users to change their passwords, which would seem to be prudent. It also hasn’t encouraged users to enable two-factor authentication, which should make it much more difficult for hackers to reset iCloud passwords without physical access to a user’s iPhone, iPad, or Mac.

Unless the hackers alter the demands, Apple has a two-week window to respond. From its end, it could temporarily disable password reset capabilities for iCloud accounts, or at least make the process difficult to automate, access programmatically, or even access more than once from a given IP address. So, it’s not “game over” for iCloud users and iPhone owners by any means.

It could be that the hackers are asking for such a low ransom because they know their attack is unlikely to succeed. They’re possibly hoping that Apple will figure it’s easier to pay a small amount than to take any real action. My guess is they are wrong, and Apple will lock them out before the April 7 deadline.

Where Did This Come From

Too many criminal networks have access to too much data. Where are they getting it? Everywhere. The problem multiplies because people reuse usernames and passwords. For nearly every site nowadays, the username is the email address. That means if you know my email address (and it’s not hard to find), you know my username for Facebook, for iCloud, for Dropbox, for Salesforce.com, for Windows Live, for Yelp. Using the email address for the login is superficially good for consumers: They are unlikely to forget their login.

The bad news is that account access now depends on a single piece of hidden information: the password. And people reuse passwords and choose weak passwords. So if someone steals a database from a major retailer with a million account usernames (which are email addresses) and passwords, many of those will also be Facebook logins. And Twitter. And iCloud.

That’s how hackers can quietly accumulate what they claim are 250 million iCloud passwords. They probably have 250 million email address / password pairs amalgamated from various sources: A million from this retailer, ten million from that social network. It adds up. How many of those will work in iTunes? Unknown. Not 250 million. But maybe 10 million? Or 20 million? Either way, it’s a nightmare for customers and a disaster for Apple, if those accounts are locked, or if phones are bricked.

As long as we use passwords, and users have the ability to reuse passwords, this problem will exist. Hackers are excellent at stealing data. Companies are bad at detecting breaches, and even worse about disclosing them unless legally obligated to do so.

Can Apple present those 250 million accounts from being seized? Probably. Will problems like this happen again and again and again? For sure, until we move away from any possibility of shared credentials. And that’s not happening any time soon.