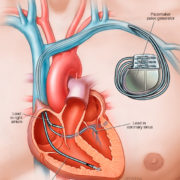 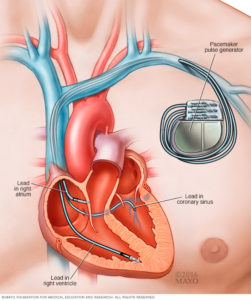 Modern medical devices increasingly leverage microprocessors and embedded software, as well as sophisticated communications connections, for life-saving functionality. Insulin pumps, for example, rely on a battery, pump mechanism, microprocessor, sensors, and embedded software. Pacemakers and cardiac monitors also contain batteries, sensors, and software. Many devices also have WiFi- or Bluetooth-based communications capabilities. Even hospital rooms with intravenous drug delivery systems are controlled by embedded microprocessors and software, which are frequently connected to the institution’s network. But these innovations also mean that a software defect can cause a critical failure or security vulnerability.

In 2007, former vice president Dick Cheney famously had the wireless capabilities of his pacemaker disabled. Why? He was concerned “about reports that attackers could hack the devices and kill their owners.” Since then, the vulnerabilities caused by the larger attack surface area on modern medical devices have gone from hypothetical to demonstrable, in part due to the complexity of the software, and in part due to the failure to properly harden the code.

In October 2011, The Register reported that “a security researcher has devised an attack that hijacks nearby insulin pumps, enabling him to surreptitiously deliver fatal doses to diabetic patients who rely on them.” The insulin pump worked because the pump contained a short-range radio that allow patients and doctors to adjust its functions. The researcher showed that, by using a special antenna and custom-written software, he could locate and seize control of any such device within 300 feet.

A report published by Independent Security Evaluators (ISE) shows the danger. This report examined 12 hospitals, the organization concluded “that remote adversaries can easily deploy attacks that manipulate records or devices in order to fully compromise patient health” (p. 25). Later in the report, the researchers show how they demonstrated the ability to manipulate the flow of medicine or blood samples within the hospital, resulting in the delivery of improper medicate types and dosages (p. 37)–and do all this from the hospital lobby. They were also able to hack into and remotely control patient monitors and breathing tubes – and trigger alarms that might cause doctors or nurses to administer unneeded medications.

Read more in my blog post for Parasoft, “What’s the Cure for Software Defects and Vulnerabilities in Medical Devices?”

Advocating for safer things: On the road, in the home, in business, everywh...