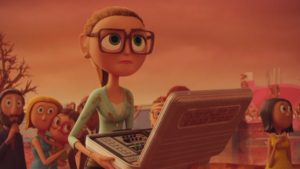 The best way to have a butt-kicking cloud-native application is to write one from scratch. Leverage the languages, APIs, and architecture of the chosen cloud platform before exploiting its databases, analytics engines, and storage. As I wrote for Ars Technica, this will allow you to take advantage of the wealth of resources offered by companies like Microsoft, with their Azure PaaS (Platform-as-a-Service) offering or by Google Cloud Platform’s Google App Engine PaaS service.

Sometimes, however, that’s not the job. Sometimes, you have to take a native application running on a server in your local data center or colocation facility and make it run in the cloud. That means virtual machines.

Before we get into the details, let’s define “native application.” For the purposes of this exercise, it’s an application written in a high-level programming language, like C/C++, C#, or Java. It’s an application running directly on a machine talking to an operating system, like Linux or Windows, that you want to run on a cloud platform like Windows Azure, Amazon Web Services (AWS), or Google Cloud Platform (GCP).

What we are not talking about is an application that has already been virtualized, such as already running within VMware’s ESXi or Microsoft’s Hyper-V virtual machine. Sure, moving an ESXi or Hyper-V application running on-premises into the cloud is an important migration that may improve performance and add elasticity while switching capital expenses to operational expenses. Important, yes, but not a challenge. All the virtual machine giants and cloud hosts have copious documentation to help you make the switch… which amounts to basically copying the virtual machine file onto a cloud server and turning it on.

Many possible scenarios exist for moving a native datacenter application into the cloud. They boil down to two main types of migrations, and there’s no clear reason to choose one over the other:

The first is to create a virtual server within your chosen cloud provider, perhaps running Windows Server or running a flavor of Linux. Once that virtual server has been created, you migrate the application from your on-prem server to the new virtual server—exactly as you would if you were moving from one of your servers to a new server. The benefits: the application migration is straightforward, and you have 100-percent control of the server, the application, and security. The downside: the application doesn’t take advantage of cloud APIs or other special servers. It’s simply a migration that gets a server out of your data center. When you do this, you are leveraging a type of cloud called Infrastructure-as-a-Service (IaaS). You are essentially treating the cloud like a colocation facility.

The second is to see if your application code can be ported to run within the native execution engine provided by the cloud service. This is called Platform-as-a-Service (PaaS). The benefits are that you can leverage a wealth of APIs and other services offered by the cloud provider. The downsides are that you have to ensure that your code can work on the service (which may require recoding or even redesign) in order to use those APIs or even to run at all. You also don’t have full control over the execution environment, which means that security is managed by the cloud provider, not by you.

And of course, there’s the third option mentioned at the beginning: Writing an entirely new application native for the cloud provider’s PaaS. That’s still the best option, if you can do it. But our task today is to focus on migrating an existing application.

Let’s look into this more closely, via my recent article for Ars Technica, “Great app migration takes enterprise “on-prem” applications to the Cloud.”

Artificial Intelligence gets smart at CES 2017