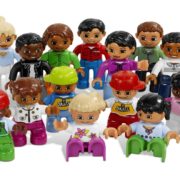 This essay was originally published on the Reform Judaism blog on July 27, 2016. 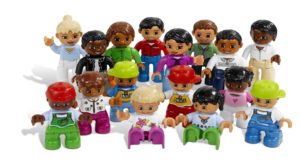 What is the most important part of your house of worship? Is it the spiritual well-being of the community or good attendance at adult classes and innovative programming events?

That question is at the core – at the essence – of every progressive synagogue (and every church, mosque, and other house of faith). It’s not reflected in congregations’ mission statements, value statements, or statements of purpose, and frankly, I doubt that many synagogue leaders know the answer as it applies to their own institutions. And, among those who think they do, at least half of them get it wrong.

After many years as a consultant in the synagogue world, I’ve come to believe that most clergy, as well as professional and lay leaders are incredibly visionary, amazingly hard-working, and shockingly myopic. They believe their congregation is warm and welcoming, even as many newcomers and longtime congregants are frozen out of the “important” cliques. Leaders are convinced that worship services are innovative and uplifting, while the Jews in the pews murmur that services are old and tired. And, although leaders may believe that the biggest reason members leave congregations is because of an outdated dues model, in reality it’s because in their rush to implement innovative programs, clergy have forgotten to minister to their flock.

In a choice between people and programs, I’ll always vote for people. Of course, it’s important that a synagogue be a beit midrash (house of study), a beit t’filah (house of worship) and a beit k’neset (house of assembly). However, its responsibility as a beit g’milut chasadim (house of loving kindness) should be first and foremost, and the true Torah of our Reform congregations.

Indeed, nothing is more central to the cause of Judaism than synagogues that look beyond programs and consider as their core mission the need to engage and take care of every congregant – in good times, bad times, and every time in-between.