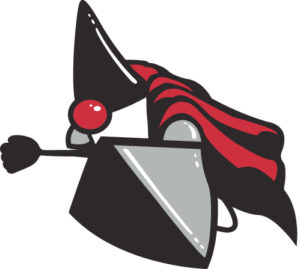 What’s it going to mean for Java? When Oracle purchased Sun Microsystems that was one of the biggest questions on the minds of many software developers, and indeed, the entire industry. In an April 2009 blog post, “Oracle, Sun, Winners, Losers,” written when the deal was announced (it closed in January 2010), I predicted,

Winner: Java. Java is very important to Sun. Expect a lot of investment — in the areas that are important to Oracle.

Looks like I called that one correctly. While Oracle continues to invest in Java, it’s not big on true engagement with the community (aka, the Java Community Process). In a story in SD Times, “Java EE awaits its future,” published July 20, 2016, Alex Handy writes about what to expect at the forthcoming JavaOne conference, including about Java EE:

When Oracle purchased Sun Microsystems in 2010, the immediate worry in the marketplace was that the company would become a bad actor around Java. Six years later, it would seem that these fears have come true—at least in part. The biggest new platform for Java, Android, remains embroiled in ugly litigation between Google and Oracle.

Despite outward appearances of a danger for mainstream Java, however, it’s undeniable that the OpenJDK has continued along apace, almost at the same rate of change IT experienced at Sun. When Sun open-sourced the OpenJDK under the GPL before it was acquired by Oracle, it was, in a sense, ensuring that no single entity could control Java entirely, as with Linux.

Java EE, however, has lagged behind in its attention from Oracle. Java EE 7 arrived two years ago, and it’s already out of step with the new APIs introduced in OpenJDK 8. The executive committee at the Java Community Process is ready to move the enterprise platform along its road map. Yet something has stopped Java EE dead in its tracks at Oracle. JSR 366 laid out the foundations for this next revision of the platform in the fall of 2015. One would never know that, however, by looking at the Expert Committee mailing lists at the JCP: Those have been completely silent since 2014.

One person who’s worried that JavaOne won’t reveal any amazing new developments in Java EE is Reza Rahman. He’s a former Java EE evangelist at Oracle, and is now one of the founders of the Java EE Guardians, a group dedicated to goading Oracle into action, or going around them entirely.

“Our principal goal is to move Java EE forward using community involvement. Our biggest concern now is if Oracle is even committed to delivering Java EE. There are various ways of solving it, but the best is for Oracle to commit to and deliver Java EE 8,” said Rahman.

His concerns come from the fact that the Java EE 8 specification has been, essentially, stalled by lack of action on Oracle’s part. The specification leads for the project are stuck in a sort of limbo, with their last chunk of work completed in December, followed by no indication of movement inside Oracle.

The only thing standing in the way of evolving Java EE right now, said Muzilla, is Oracle. “Basically, what Oracle does is they hold the keys to the [Test Compatibility Kit] for certifying in EE, but in terms of creating other ways of using Java, other runtime environments, they don’t have anything other than their name on the language,” he said.

Java is still going strong. Oracle’s commitment to the community and the process – not so much. This is one “told you so” that I’m not proud of, not one bit.

Pick up… or click on… the latest issue of Java Magazine