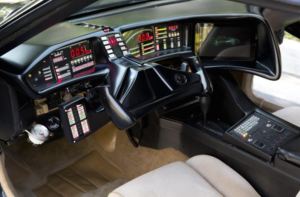 Was it a software failure? The recent fatal crash of a Tesla in Autopilot mode is worrisome, but it’s too soon to blame Tesla’s software. According to Tesla on June 30, here’s what happened:

What we know is that the vehicle was on a divided highway with Autopilot engaged when a tractor trailer drove across the highway perpendicular to the Model S. Neither Autopilot nor the driver noticed the white side of the tractor trailer against a brightly lit sky, so the brake was not applied. The high ride height of the trailer combined with its positioning across the road and the extremely rare circumstances of the impact caused the Model S to pass under the trailer, with the bottom of the trailer impacting the windshield of the Model S. Had the Model S impacted the front or rear of the trailer, even at high speed, its advanced crash safety system would likely have prevented serious injury as it has in numerous other similar incidents.

We shall have to await the results of the NHTSA investigation to learn more. Even if it does prove to be a software failure, at least the software can be improved to try to avoid similar incidents in the future.

By coincidence, a story that I wrote about the security issues related to advanced vehicles, “Connected and Autonomous Cars Are Wonderful and a Safety-Critical Security Nightmare,” was published today, July 1, on CIO Story. The piece was written several weeks ago, and said,

The good news is that government and industry standards are attempting to address the security issues with connected cars. The bad new is that those standards don’t address security directly; rather, they merely prescribe good software-development practices that should result in secure code. That’s not enough, because those processes don’t address security-related flaws in the design of vehicle systems. Worse, those standards are a hodge-podge of different regulations in different countries, and they don’t address the complexity of autonomous, self-driving vehicles.

Today, commercially available autonomous vehicles can parallel park by themselves. Tomorrow, they may be able to drive completely hands-free on highways, or drive themselves to parking lots without any human on board. The security issues, the hackability issues, are incredibly frightening. Meanwhile, companies as diverse as BMW, General Motors, Google, Mercedes, Tesla and Uber are investing billions of dollars into autonomous, self-driving car technologies.

Crash! Down goes Google Calendar — cloud services are not perfect