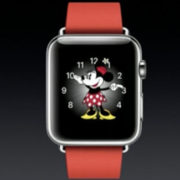 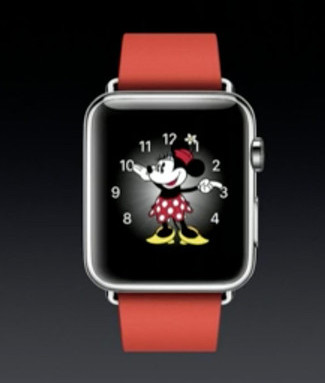 Call me underwhelmed. There was nothing, nothing, nothing, to make me stand up and cheer. Nothing inspired me to reach for my wallet. (Yes, I know it’s a developer conference, but still.) I’m an everyday Apple user who is typing this on a MacBook Air, who reads news and updates Facebook on an iPad mini, and who carries an iPhone as my primary mobile phone. Yawn.

If you haven’t read all the announcements from Apple this week, or didn’t catch the WWDC keynote live or streaming, Wired has the best single-story write-up.

Arguably the biggest “news” is that Apple has changed its desktop operating system naming convention again. It used to be Mac OS, then Mac OS X, then just OS X. Now it is macOS. The next version will be macOS 10.12 “Sierra.” Yawn.

I am pleased that Siri, Apple’s voice recognition software, is finally coming to the Mac. However, Siri itself is not impressive. It’s terrible for dictation – Dragon is better. On the iPhone, it misinterprets commands far more than Microsoft’s Cortana, and its sphere of influence is pretty limited: It can launch third-party apps, for example, but can’t control them because the APIs are locked down.

Will Siri on macOS be better? We can be hopeful, since Apple will provide some API access. Still, I give Microsoft the edge with Cortana, and both are lightyears behind Amazon’s Alexa software for the Echo family of smart home devices.

There are updates to iOS, but they are mainly window dressing. There’s tighter integration between iOS and the Mac, but none of those are going to move the needle. Use an iPhone to unlock a Mac? Copy-paste from iOS to the Mac? Be able to hide built-in Apple apps on the phone? Some of the apps have a new look? Nice incremental upgrades. No excitement.

Apple Watch. I haven’t paid much attention to watchOS, which is being upgraded, because I can’t get excited about the Apple Watch until next-generation hardware has multiple-day battery life and an always-on time display. Until then, I’ll stick with my Pebble Time, thank you.

There are other areas where I don’t have much of an opinion, like the updates to Apple Pay and Apple’s streaming music services. Similarly, I don’t have much experience with Apple TV and tvOS. Those may be important. Or maybe not. Since my focus is on business computing, and I don’t use those products personally, they fall outside my domain.

So why were these announcements from WWDC so — well — uninspiring? Perhaps Apple is hitting a dry patch. Perhaps they need to find a new product category to dominate; remember, Apple doesn’t invent things, it “thinks different” and enters and captures markets by creating stylish products that are often better than other companies’ clunky first-gen offerings. That’s been true in desktop computers, notebooks, smartphones, tablets, smart watches, cloud services and streaming music – Apple didn’t invent those categories, and was not first to market, not even close.

Apple needs to do something bold to reignite excitement and to truly usher in the Tim Cook era. Bringing Siri to the desktop, redesigning its Maps app, using the iPhone to unlock your desktop Mac, and a snazzy Minnie Mouse watch face, don’t move the needle.

I wonder what we’ll see at WWDC 2017. Hopefully a game-changer.