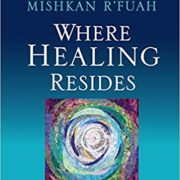 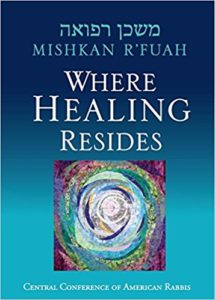 If you were in the Sanctuary on Friday evening, March 15, you know that it was a perfect Erev Shabbat service. You felt the ruach, you were infused with the Shabbat spirit, and you went home with a happy glow that (I hope) lasted through the entire weekend.

The evening stood out for two reasons. First, that service kicked off a Scholars-in-Residence weekend with the rabbis from the Bay Area Jewish Healing Center. Second, Peninsula Temple Sholom was hosting the regional Mitzvah Torah Corps event from NFTY, the North American Federation of Temple Youth.

That beautiful Erev Shabbat evening, everything came together with a smile and a snap.

Let me explain. NFTY, the teen youth organization for the Reform Movement, has a tradition that when someone does a great job, you show praise by snapping your fingers. No applause, no calls of Yasher Koach; just a gentle snapping. There was a lot of snapping on Friday night.

The Sanctuary was packed, with congregants sitting on the left side of the room, and NFTY teens on the right. The service was filled with songs, worship, and readings led alternatively by the teens and Rabbi Dan Feder. Meanwhile, Cantor Barry Reich was accompanied by Sarah Edelstein, a U.C. Santa Cruz student who is also a guitar-playing song leader at Camp Newman.

From time to time during the service, a teen would ascend the bimah and read a statement about what NFTY meant to him or her. Some of those words were so moving, they brought tears to the congregation.

Seeing those smart, motivated teen leaders, I have no worries about the future of the Jewish people.

Mitzvah Torah Corps is a major event, sponsored each year by the Central West Region of NFTY. Our congregation’s PARTY teen social group is a NFTY affiliate. About 90 NFTY teens came from all around Northern California, including the Burlingame area, Fresno, Sacramento, Los Altos, San Mateo, the East Bay, and Carmel.

For the teens, this weekend focused on education social action. For example, the teens worked on the Three A’s of Social Action: Action, Advocacy, and Awareness. They also learned about developmentally disabled people, their abilities, and how important it is to use words that respect individuals, not insult or stereotype them. During the weekend, the teens also elected a new regional board. Snaps to our own Sandy Karp (daughter of Robin and Ron Karp), chosen as incoming President of the NFTY Central West Region!

More snaps go to Yael Zaken, our congregation’s Youth Director, who played a major role in organizing the weekend. And more snaps to the many Temple families who opened their homes and hosted the teens at their homes over the weekend.

In addition to hosting the Mitzvah Torah Corps, Peninsula Temple Sholom invited three rabbis from the Bay Area Jewish Healing Center as scholars-in-residence that busy weekend. During the Friday night service, we heard from Rabbi Eric Weiss; on Saturday and Sunday, there were programs with Rabbi Jon Sommer and Rabbi Elliot Kukla.

The San Francisco-based Jewish Healing Center, established in 1991, is a tremendous resource — one of the true pillars of our community. The Center trains volunteers who visit hospitals throughout the Bay Area; it supports the Jewish End-of- Life Care Program and hospice initiatives; and it provides resources for those who nurture those suffering from mental illness.

Rabbi Weiss is the author of the brand-new Mishkan R’fuah: Where Healing Resides, a little book filled with contemplative readings and prayers for many different moments of spiritual need, including illness, surgery, treatment, chronic illness, hearing bad news, transitions, addiction, infertility, end- of-life, and more. Look for the book in the Starr*Stevens Judaica Shop. It’s the best $6 you’ll spend.

I offer snaps for this wonderful weekend to Rabbis Weiss, Sommer, and Kukla for their compassion, scholarship, and leadership; to congregant Neal Tandowsky, who chairs the board of the Bay Area Jewish Healing Center; and to Liz Gottfried, who chairs our Life Long Learning committee.

And I thank everyone involved in making the Erev Shabbat service on Friday, March 15, into a truly perfect evening. These snaps are for you!