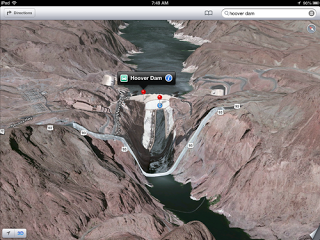 Tickets for the Apple Worldwide Developer Conference went on sale on Thursday, April 25. They sold out in two minutes.

Who says that the iPhone has lost its allure? Not developers. Sure, Apple’s stock price is down, but at least Apple Maps on iOS doesn’t show the bridge over Hoover Dam dropping into Black Canyon any more.

To quote from a story on TechCrunch,

Tickets for the developer-focused event at San Francisco’s Moscone West, which features presentations and one-on-one time with Apple’s own in-house engineers, sold out in just two hours in 2012, in under 12 hours in 2011, and in eight days in 2010.

Who attends the Apple WWDC? Independent software developers, enterprise developers and partners. Thousands of them. Many are building for iOS, but there are also developers creating software or services for other aspects of Apple’s huge ecosystem, from e-books to Mac applications.

The audience for Google I/O is potentially more diverse, mainly because Google offers a wider array of platforms. You’ve got Android, of course, but also Chrome, Maps, Play, AppEngine, Google+, Glass and others beside. My suspicion, though, is that enterprise and entrepreneurial interest in Android is filling the seats.

Mobile. That’s where the money is. I’m looking forward to seeing exactly what Apple will introduce at WWDC, and Google at Google I/O.

Meanwhile, if you are an Android developer and didn’t get into Google I/O before it sold out – or if you are looking for a technical conference 100% dedicated to Android development – let me invite you to register for AnDevCon Boston, May 28-31. We still have a few seats left. Hope to see you there.

Coping with the data