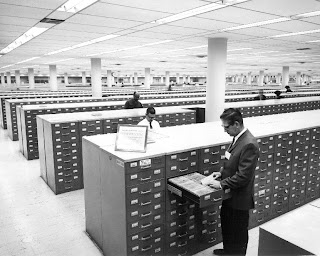 Git, the open-source version control system, is becoming popular with enterprise developers. Or so it appears not only from anecdotal evidence I hear from developers all the time, but also from a new marketing study from CollabNet.

The study, called “The State of Git in the Enterprise,” was conducted by InformationWeek, but was paid for by CollabNet, which coincidentally sells tools and services to help development teams use Git. You should bear that in mind when interpreting the study,  which you can only receive by giving CollabNet your contact information.

That said, there are five interesting findings in the January 2013 study, which surveyed 248 development and business technology professionals at companies with 100 or more employees who use source code management tools:

First: Most developers are not using or planning to use Git. But of those that do, usage is split between on-premises or in a public/private cloud.

Second: What best describes your use of Git today?

Git is our corporate standard: 5%
Git is one of several SCMs we use: 20%
Still kicking the tires on Git: 18%
Not currently using Git: 57%

Power branching/merging: 61%
Network performance: 53%
Everyone seems to be using it: 35%
It’s our corporate standard: 13%

Fourth: How do you conduct code reviews?

Some of these technologies have been around for a long time. For example, CVS first appeared in 1986. CollabNet started Subversion in 2000, and it’s now a top-level Apache project. By contrast, Git’s initial release was only in 2005, and it flew under the radar for years before getting traction. Git’s rise to the third position on this study is impressive.

A strong vote for our spiritual leader, Rabbi Dan Feder
Scroll to top