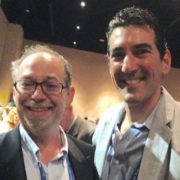 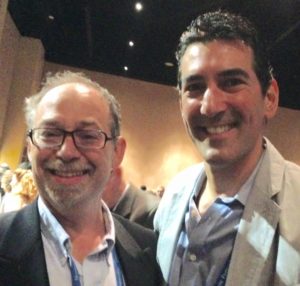 I am delighted to report that the Board of Trustees has voted to offer Rabbi Dan Feder another contract to remain at Peninsula Temple Sholom. The vote was unanimous (20-0), which is a strong message of support for our congregation’s spiritual leader.

Hiring and managing the Temple’s senior professional staff and clergy is one of the most important responsibilities of the Board of Trustees. (Some of the others are managing finances, approving an annual budget, overseeing our investments, attracting and retaining members, and setting policies.) This vote about the rabbi’s contract may have been the single biggest action for this Board term.

The basics: Rabbi Feder’s current five-year contract began July 2009, and ends June 2014. The contract specifies that the Board will let the rabbi know our intentions about renewal 15 months before the contract ends – that is, in spring 2013. That long period protects both parties’ interests: Should the Board vote not to renew, we have time to find a new rabbi, and the rabbi has time to find a new job.

Within the Board, the process of evaluating Rabbi Feder’s performance, and recommending renewal or non-renewal, fell to the Personnel Committee. The P.C. consists of April Glatt (chair), Scott Rodrick, Lauren Schlezinger, Michelle Tandowsky and yours truly.

This is a responsibility nobody took lightly, and the evaluation process spanned many months. The process itself was briefly described in my column in the December 2012 Bulletin, and in more detail in a document posted in the Member’s Only section of sholom.org. As part of this process, the P.C. solicited feedback from congregants, and also personally interviewed dozens of individuals.

An overwhelming majority of the letters and conversations urged us to keep Rabbi Feder here at PTS. Congregants opened their hearts about the beautiful connection Rabbi Feder had made with families through worship, teaching, lifecycle events and pastoral care. Some were particularly impressed by how much Rabbi Feder has grown since joining us in mid-2006.

However, there were certainly letters and conversations offering a different perspective, especially from those who had not bonded with Rabbi Feder or who don’t like that PTS feels quite different today under Rabbi Feder than it felt under Rabbi Gerald Raiskin z”l. While those communications represented a definite minority of comments, the P.C. considered those as well.

Indeed, the Personnel Committee discussed every letter, every email, and every face-to-face conversation, pro and con. We added our own observations of the Rabbi’s performance in many areas which aren’t as visible to the congregation, such as a manager, fundraiser, and administrator. Weighing all the data, the P.C. unanimously recommended that the Board renew Rabbi Feder’s contract, and as mentioned above, the Board voted unanimously on March 13 to accept that recommendation.

This is a good decision. From my own perspective as a lay officer of the Union for Reform Judaism’s own Board of Trustees, I attend services at Reform synagogues all across North America, and work closely with rabbis of all ages, skills and styles. Dan Feder stands out due to his warmth, his scholarliness, his menschlichkeit, his caring, his spirituality, his ethics and his passion for Judaism, social justice and our congregation. We are blessed to have Rabbi Feder here at Peninsula Temple Sholom.

The 8-year-old Git is coming on strong

Looking for girls who code
Scroll to top