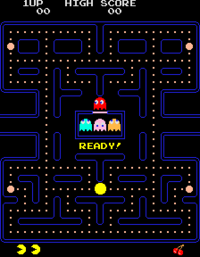 Everything, it seems, is a game. When I use the Waze navigation app on my smartphone, I earn status for reporting red-light cameras. What’s next: If I check in code early to version-control system, do I win a prize? Get points? Become a Code Warrior Level IV?

Turning software development into a game is certainly not entirely new. Some people live for “winning,” and like getting points – or status – by committing code to open-source projects or by reporting bugs as a beta tester. For the most part, however, that was minor. The main reason to commit the code or document the defect was to make the product better. Gaining status should be a secondary consideration – a reward, if you will, not a motivator.

For some enterprise workers, however, gamification of the job can be more than a perk or added bonus. It may be the primary motivator for a generation reared on computer games. Yes, you’ll get paid if you get your job done (and fired if you don’t). But you’ll work harder if you are encouraged to compete against other colleagues, against other teams, against your own previous high score.

Would gamification work with, say, me? I don’t think so. But from what I gather, it’s truly a generational divide. I’m a Baby Boomer; when I was a programmer, Back in the Day, I put in my hours for a paycheck and promotions. What I cared about most: What my boss thought about my work.

For Generation Y / Millennials (in the U.S, generally considered to be those born between 1982 and 2000), it’s a different game.

Here are some resources that I’ve found about gamification in the software development profession. What do you think about them? Do you use gamification techniques in your organization to motivate your workers?

Gamification in Software Development and Agile

Gamifying software still in its infancy, but useful for some

Some Thoughts on Gamification and Software

Daily miracles and surviving in the desert

Is Big Data a fancy way of saying Big Social?
Scroll to top