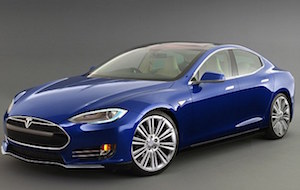 If there’s no news… well, let’s make some up. That’s my thought upon reading all the stories about Apple’s forthcoming iWatch – a product that, as far as anyone knows, doesn’t exist.

That hasn’t stopped everyone from Forbes to CNN to the New York Times from jumping in with breathless analysis of the rumor.

More breathless analysis focused on why Microsoft’s stores and retail partners didn’t have enough stock of the Surface Pro tablet. Was this intentional, some wondered, part of a scheme to make the device appear more popular?

My friend John P. Mello Jr. had solid analysis in his article for PC World, “Microsoft Surface Pro sell-out flap: Is the tablet really that popular?”

I think the real reason is that Microsoft isn’t very good at sales estimation or manufacturing logistics. Companies like Apple and HP have dominated, in large part, because of their master of the supply chain. Despite its success with the Xbox consoles, Microsoft is a hardware newbie. I think the inventory shortfall was a screw-up, but an honest one.

After all, when Apple or Samsung run out of hot items, nobody says “It’s a trick.”

Everyone loves a good twitter-fight. Dozens of pundits, and gazillions of clicks, are keeping this story in the news.

The complications of cloud adoption

Big challenges with data and Big Data
Scroll to top