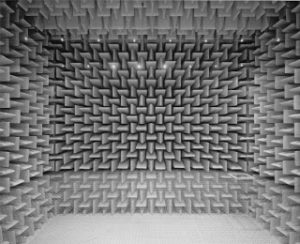 Echosystem. What a marvelous typo! An email from an analyst firm referred several times to a particular software development ecosystem, but in one of the instances, she misspelled “ecosystem” as “echosystem.” As a technology writer and analyst myself, that misspelling immediately set my mind racing. Echosystem. I love it.

An echosystem would be a type of meme. Not the silly graphics that show up on Twitter and Facebook, but more the type of meme envisioned by Richard Dawkins in his book, The Selfish Gene, where an idea or concept takes on a life of its own. In this case, the echosystem is where a meme is simply echoed, and is believed to be true simply because it is repeated so often. In particular, the echosystem would apply to ideas that are repeated around by analysts, technology writers and journalists, influential bloggers, and so-on.

We have lots of memes in the software development echosystem. For example, that the RIM BlackBerry is toast. Is the platform doomed? Maybe. But it’s become so casual, so matter-of-fact, for writers and analysts to refer to the BlackBerry as toast that repetition is creating its own truthiness (as Stephen Colbert would say).

Another is echosystem chatter that skeuomorphs are bad, and that Apple is behind the times (and falling behind Android and Windows 8) because its applications have fake leather textures and fake wooden bookshelves. Heck, I only learned about the term recently but repeating the chatter, wrote my own column about it last month, “Fake leather textures on your mobile apps: Good or bad?” True analysis? Maybe. Echoing the echosystem? Definitely

The echosystem anoints technologies or approaches, and then tears them down again.

HTML5? The echosystem decided that this draft protocol was the ultimate portable platform, but then pounced when Facebook’s Mark Zuckerberg dissed his company’s efforts.

Echoes in the echosystem pronounced judgment on Windows 8 long before it came out. Echoes weighed in on the future of Java before Oracle’s acquisition of Sun even closed and have chosen JavaScript as the ultimate programming language.

Bring a friend to synagogue!

The joy of being a geek: 60-core chips, self-driving cars
Scroll to top